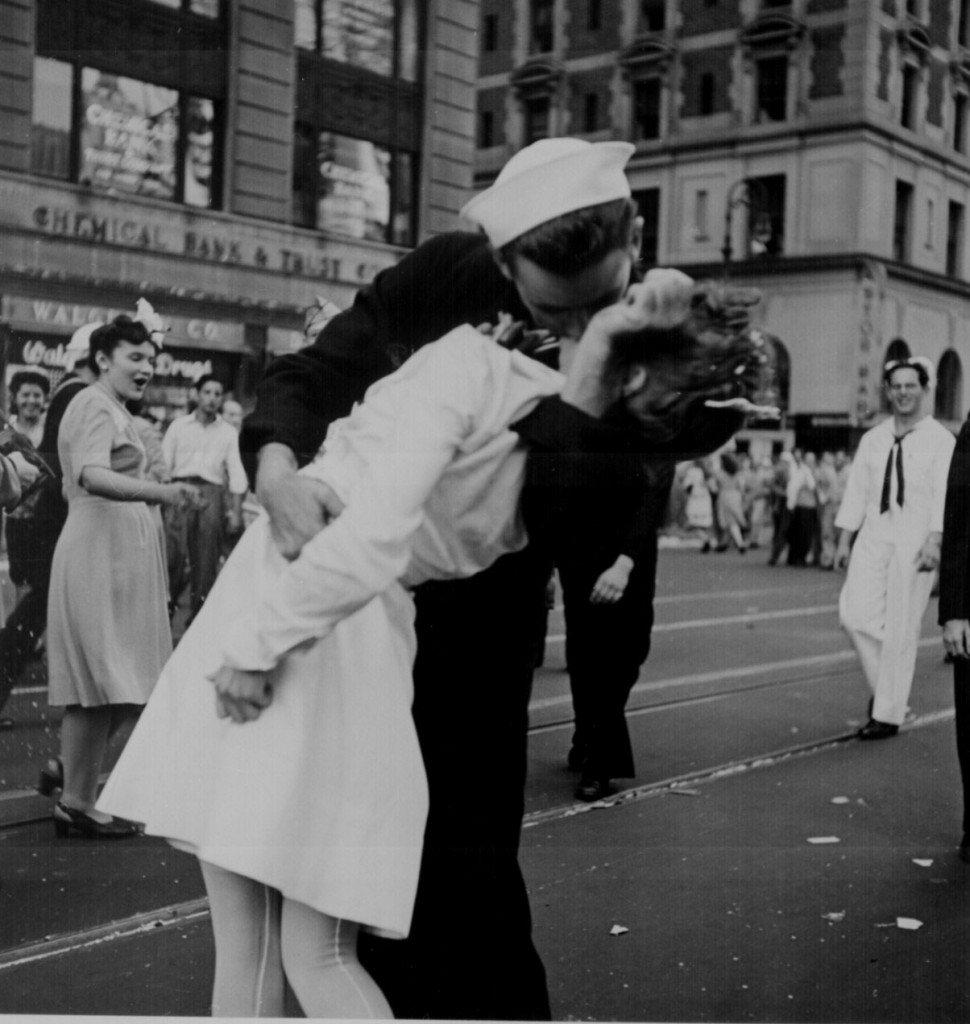 Seventy-five years ago, on August 14, 1945, World War II came to an end when Emperor Hirohito of Japan signed his acceptance of the Potsdam Declaration demanding unconditional surrender to the Allies. The surrender was announced in the United States at 7 pm Eastern War Savings Time.

The following day, August 15, was officially proclaimed V-J Day (Victory in Japan) in the US, a day of celebration and thanksgiving.

Almost six years had passed since Germany had invaded Poland on September 1, 1939, beginning the most costly war the world had ever seen. Europe and Asia lay in ruins. Tens of millions of people had lost their lives in combat, bombings, and extermination camps. Very few families were unaffected by the war, even in the US, where only a few bombs and shells landed from a handful of Japanese submarines.

It’s hard for us to imagine the extreme jubilation that erupted seventy-five years ago today.

Take a moment today and give thanks. Thank the servicemen, servicewomen, and home front workers who made that victory possible. Thank the members of our armed forces today who continue to keep us safe. And thank the Lord for strengthening us and watching over us.

Take a moment today and celebrate!