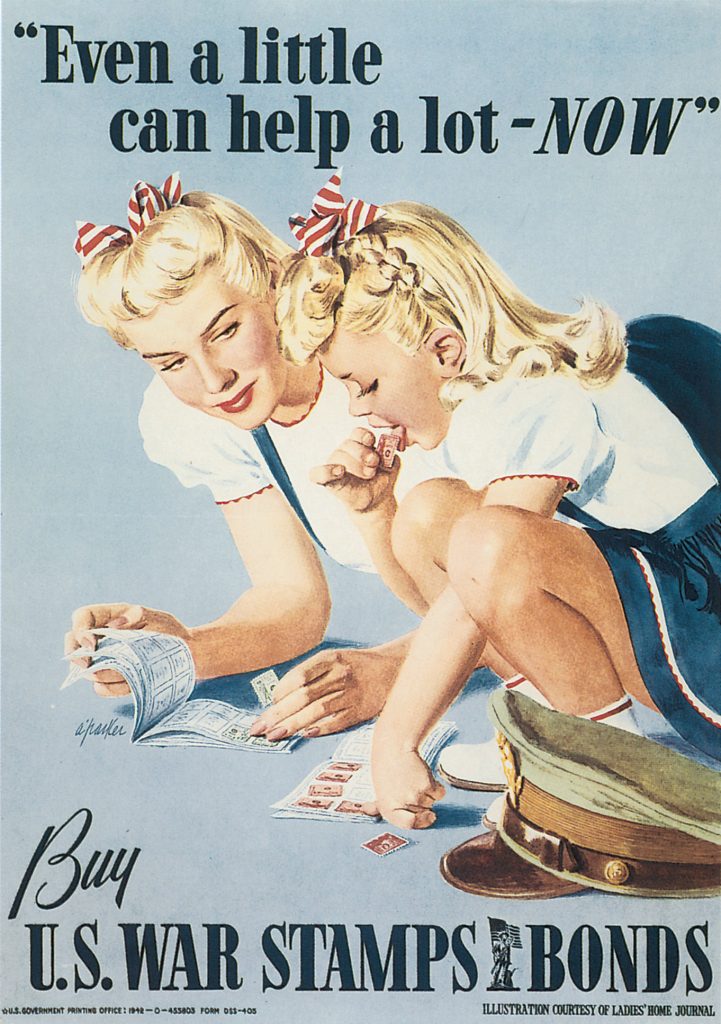 When World War II began, women sprang to action as volunteers. This was an area in which women already excelled. For example, my hometown’s Women’s Club was founded in 1902. In the early years, they were responsible for raising funds and spearing drives to establish the town’s library, high school, street signs, house numbering, street paving, water delivery and sewage systems, and the planting of shade trees!
Nowadays, we glorify the wartime woman who went to work outside the home, but in reality, far more women served as volunteers, and their work was crucial to the war effort.
Church groups, women’s clubs, the PTA, the USO, and the Red Cross all performed important services for the country. Women raised funds, bought war bonds, planted Victory Gardens, gave blood, ran recreational centers, and even knitted socks for the troops. 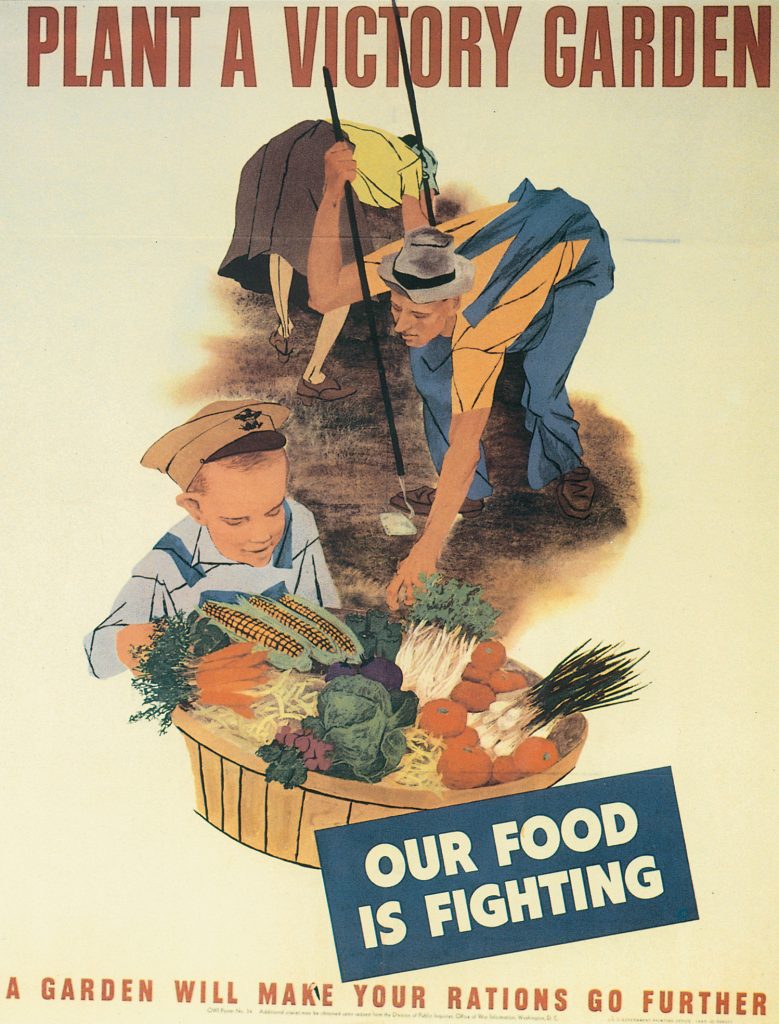 The American Red Cross, for example, had 37 million members during the war, and raised $785 million. In addition, 20 million youth joined the Junior Red Cross. They shipped 13 million pints of blood to the military and shipped 300,000 tons of supplies overseas, both for the troops, and for civilian wartime relief.
Red Cross volunteers rolled bandages, ran blood drives, and made clothes for refugees and kit bags for soldiers. They served in hospitals as “Gray Ladies,” reading to the wounded, writing letters, and serving in the recreation rooms. They operated canteens to serve meals at train stations, docks, and military posts at home and abroad. They served as nurse’s aides and dietitian’s aides.
To the 1940s women, community mattered. She willingly gave up her time to volunteer for the sake of her country. And she accomplished amazing things.
In 2010 we live in a self-oriented culture rather than the civic-minded culture of the past. Despite political talk about a return to volunteerism, most civic organizations and churches struggle to find people willing to commit time to serve, and most of the functions they once performed have shifted to government.
These women inspire me, and I hope they inspire you too. What can you learn from them? How can you contribute?

One Response to “Lessons from the 1940s Woman – Be Involved!”