Make It Do – Coffee Rationing in World War II 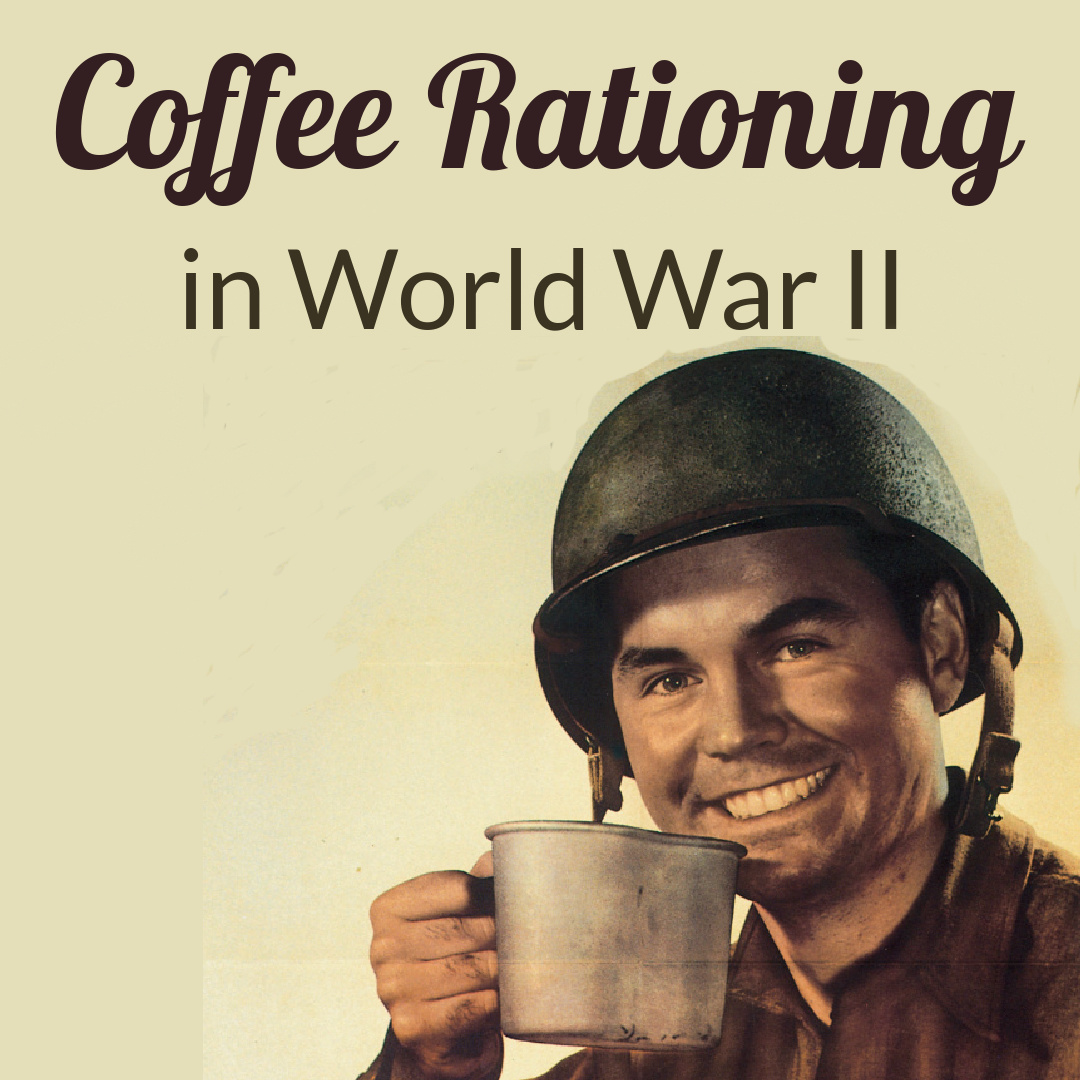 Eighty years ago, coffee rationing began in the United States. Although not necessary for survival—though that’s debatable—coffee has been a staple in the American diet since the Boston Tea Party, and coffee rationing was extremely unpopular. 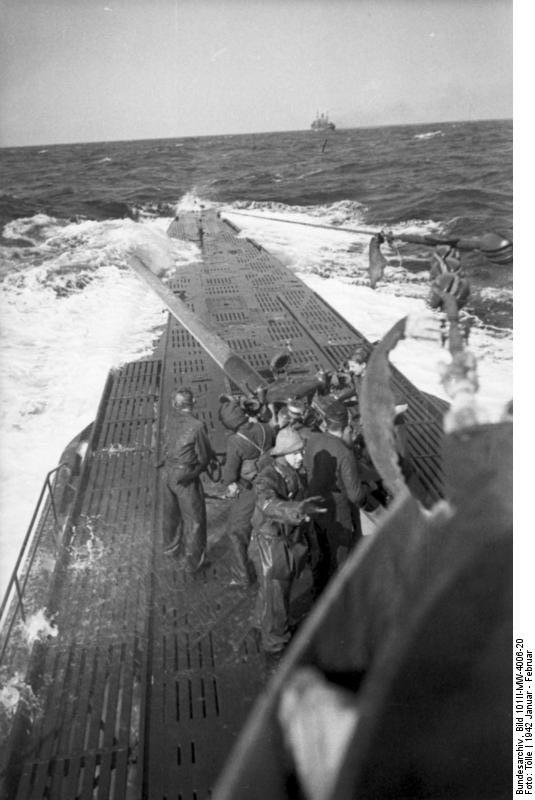 During World War II, Latin America produced bumper crops of coffee beans, and those countries were Allies or neutral. However, all coffee came to America by sea, and German U-boats ravaged Allied shipping in the Caribbean and along the Eastern Seaboard in 1942.

As Samuel Eliot Morison says in The Battle of the Atlantic, September 1939-May 1943, the first volume in his classic history of the US Navy, “In times of war [these shipping lanes] tap the most important world sources of coffee, cotton, sugar, oil, iron, steel and bauxite. These commodities, with the possible exception of coffee, are essential to a nation engaging in modern warfare; and, although the United States Navy might win a war without coffee, it hopes never to be forced to make the experiment.”

Not only were cargoes of coffee beans lost to the depths of the ocean, but shipping space needed to be diverted to military use. To make sure men in uniform received enough, civilians had to do with less. 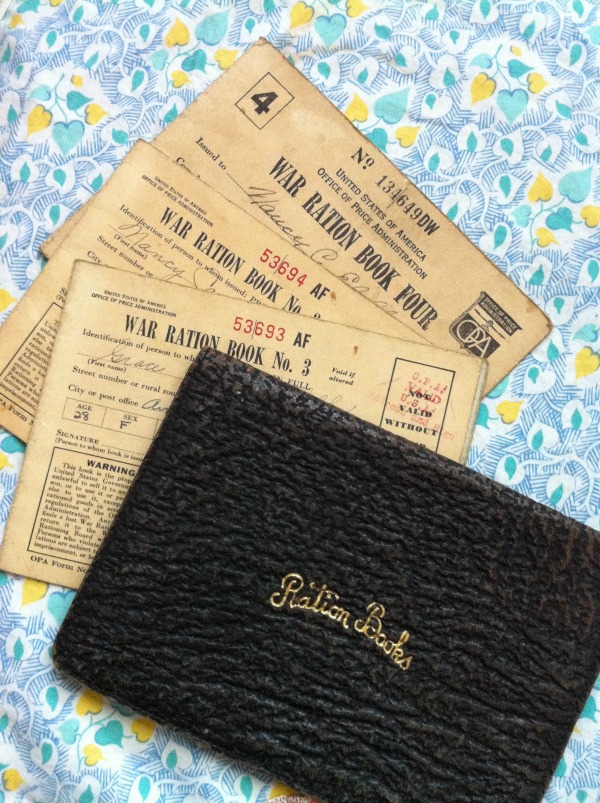 In April 1942, the US government limited coffee roasting companies to 75 percent of the previous supply, further reduced to 65 percent in September 1942. However, shortages persisted and rationing was instituted.

In preparation for rationing, on November 22, 1942, sales of coffee were halted to prevent hoarding. On November 29, 1942, rationing began. Americans had received War Ration Book One in May 1942 for sugar rationing, so the Office of Price Administration merely adjusted the value of the stamps. Stamps #19-28 were each designated for one pound of coffee during a specified five-week period. When the time period expired, so did the stamp. Coffee stamps could only be redeemed for family members over the age of fifteen.

On February 3, 1943, the ration was reduced to one pound every six weeks. 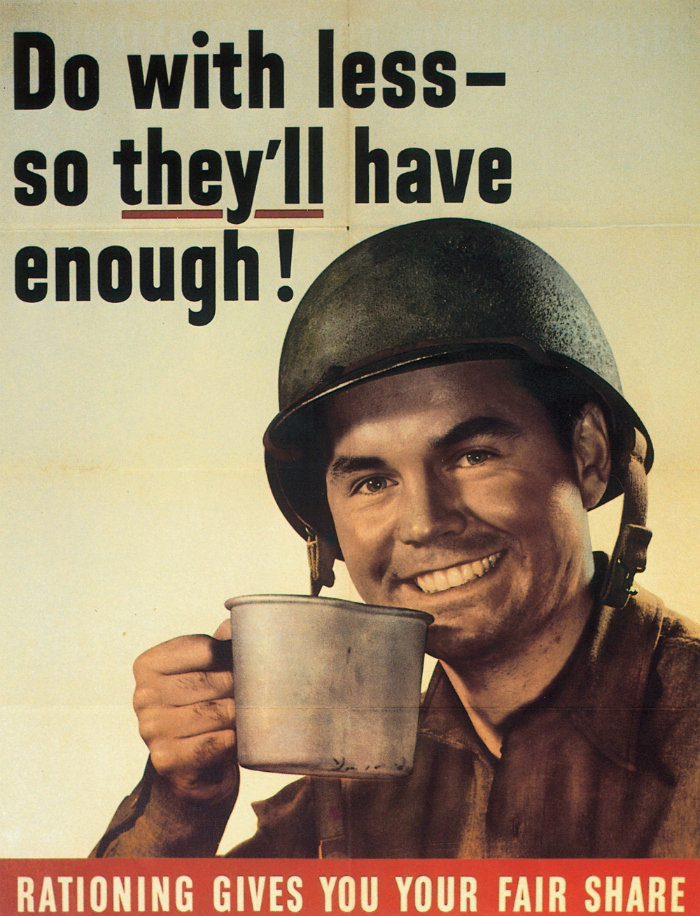 One pound every five to six weeks produced less than one cup a day. While some coffee drinkers benefited from the generosity of non-coffee-drinking friends or family members, most made do with less. Reusing grounds made a watery beverage dubbed “Roosevelt coffee” in honor of the president. People found if they used less and percolated longer, they could stretch their ration further. Coffee substitutes such as chicory or Postum (wheat bran, wheat, molasses, and maltodextrin) were used grudgingly or mixed with real coffee.

Another war victim was the familiar coffee can. Due to a shortage of tin, manufacturers packaged coffee in glass jars.

All Bad Things Come to an End

On July 28, 1943, President Franklin D. Roosevelt—who had patriotically switched his morning beverage from coffee to milk—announced the end of coffee rationing. Coffee was the first item to come off rationing. However, in September 1944, the Office of Price Administration raised the price of coffee to curtail demand—under the threat of a return to rationing. A threat that never came to be.

What do you think? How would you get by on one cup a day?