During World War II, King George VI sat on the throne of England, with Queen Elizabeth at his side—better known to modern generations as the “Queen Mum.” 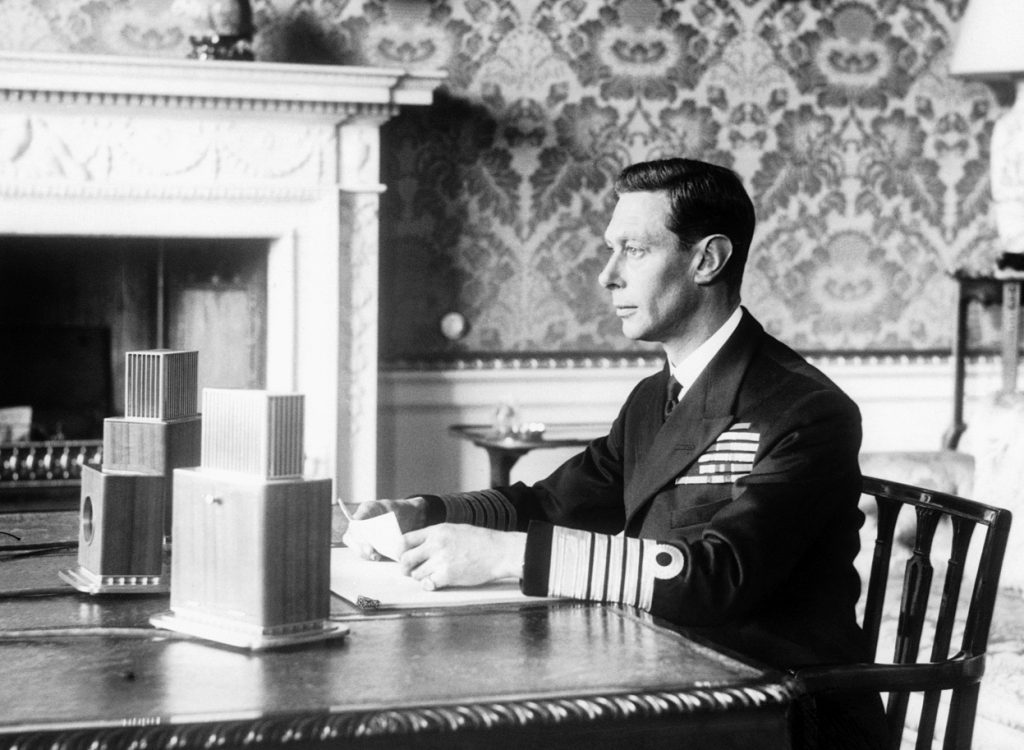 On September 1, 1939, World War II began when Germany invaded Poland. The United Kingdom declared war on September 3, and the king addressed the nation that evening. Children were evacuated from London in anticipation of German bombing, and the princesses stayed at Balmoral Castle in Scotland for the first few months of the war and at Windsor Castle for the majority of the war years. However, the king and queen refused to leave London and refused to send the princesses to Canada as many urged. Queen Elizabeth stated “The children won’t go without me. I won’t leave the King. And the King will never leave.”

From the beginning, the Royal Family aided the war effort. In November 1939, Queen Elizabeth urged British women to contribute to the war effort, and she published The Queen’s Book of the Red Cross, with contributions from fifty British authors and artists, with the funds aiding the Red Cross. 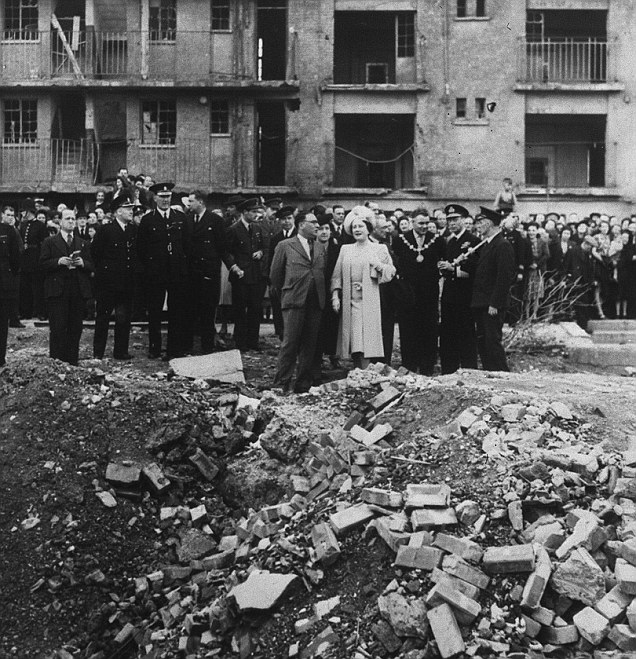 King George VI and Queen Elizabeth visit the East End, the site of the last V-2 to fall on London on 27 Mar 1945, visiting on 4 Oct 1945 (United Kingdom National Archives)

When the German Luftwaffe began bombing London in September 1940, the impoverished East End was devastated. The queen visited the ravaged neighborhoods but was poorly received at first. On September 13, bombs hit Buckingham Palace for the first time. Queen Elizabeth stated, “I’m glad we’ve been bombed. It makes me feel I can look the East End in the face.” Quickly, the king and queen’s insistence on staying in Buckingham Palace, their strict adherence to rationing and other restrictions, and their compassionate visits to victims of the Blitz won over the population.

On May 20, 1941, the king and queen visited Plymouth, and missed a bombing of that city—planned by the Germans to coincide with their visit—by only hours. The queen’s fortitude and her extremely positive impact on morale caused Adolf Hitler to call her the “most dangerous woman in Europe.” 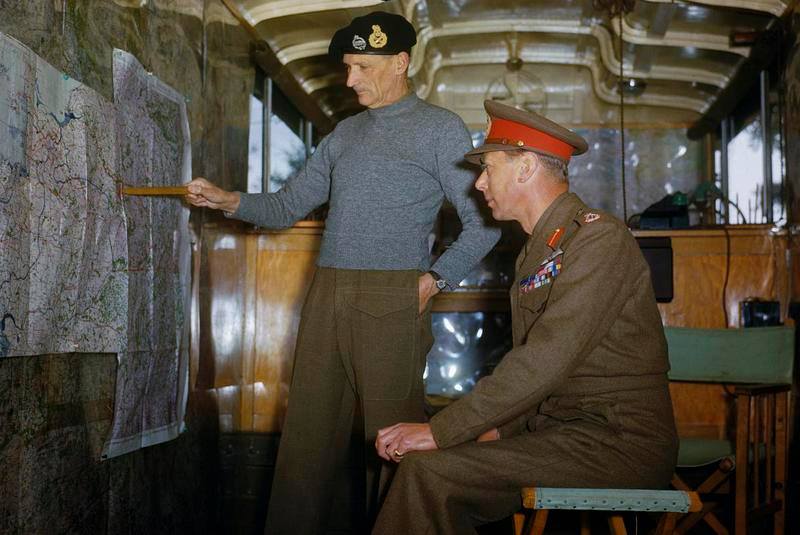 King George VI visited the troops in England, including the many American troops who would be stationed on British soil. He also made frequent trips to visit the commanders and troops overseas—to France in December 1939, North Africa and Malta in June 1943, Normandy in June 1944, Italy in July 1944, and the Netherlands in October 1944. His willingness to visit so close to the front lines endeared him to the troops. 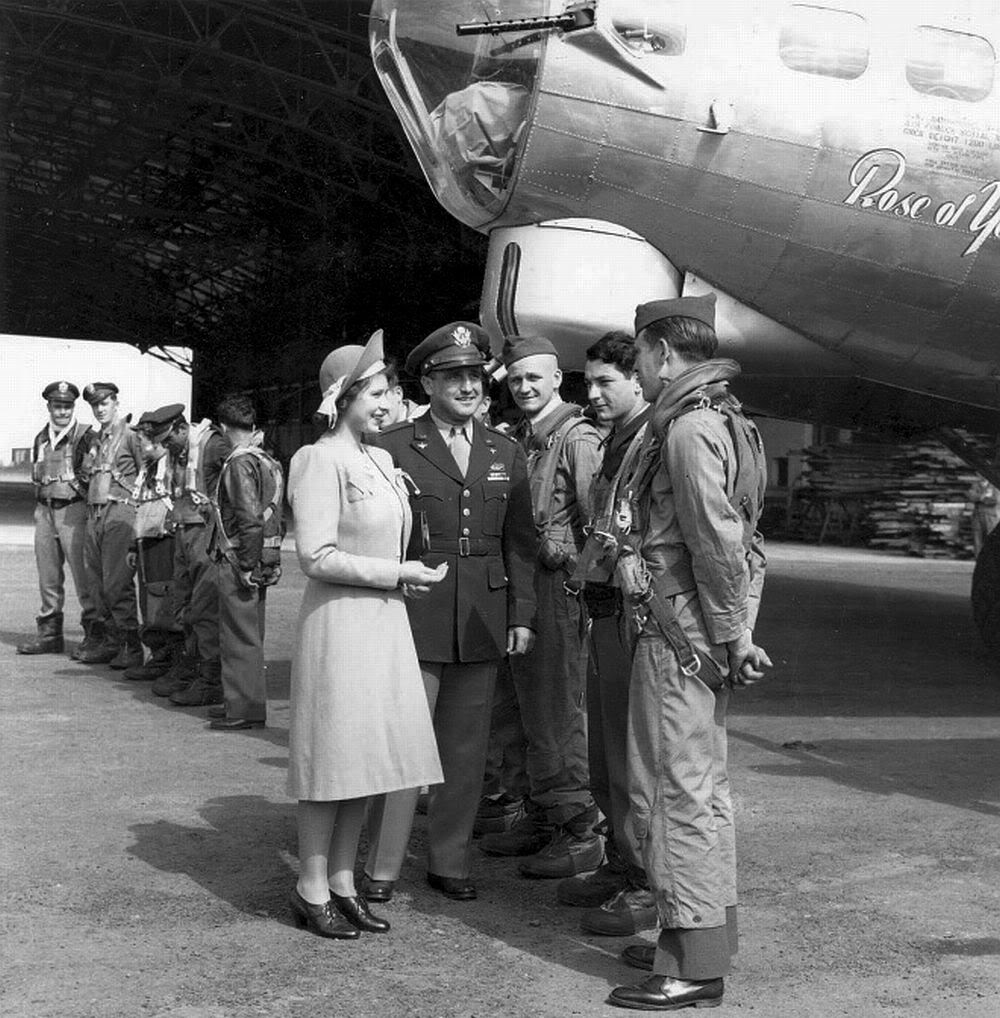 Princess Elizabeth with B-17G Rose of York of the US 306th Bombardment Group, Thurleigh, England (US Army Air Forces photo)

While no royal weddings occurred in England during World War II, the seeds of a romance were sprouting. At the age of 13, Princess Elizabeth became infatuated with a young man and began exchanging letters in July 1939. That young man? Her future husband, Prince Philip of Greece and Denmark. They were married in 1947.

The young princesses stayed in Windsor Castle for most of the war. They aided the war effort through the Girl Guides and the Sea Rangers. On October 13, 1940, Princess Elizabeth gave her first radio broadcast, on the BBC’s Children’s Hour, to encourage child evacuees far from home and family. And in 1943, at the age of 16, Princess Elizabeth began more public appearances. 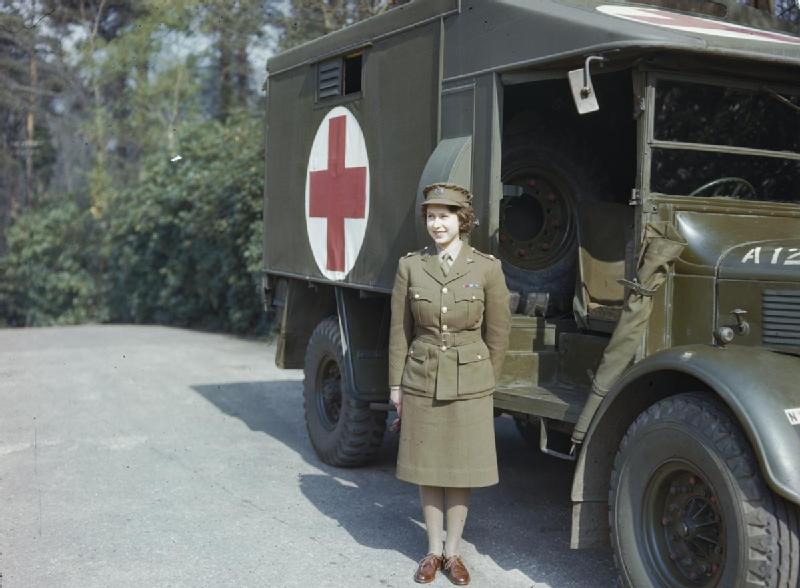 In February 1945, despite her parents’ objections, Princess Elizabeth enlisted in the Auxiliary Territorial Service (ATS), the women’s auxiliary of the Royal Army. She was the first female member of the Royal Family in history to serve as an active member of the armed forces. Trained as a mechanic and driver, she became proficient with a number of military vehicles. She loved having dirt under her fingernails and still has a fondness for driving. 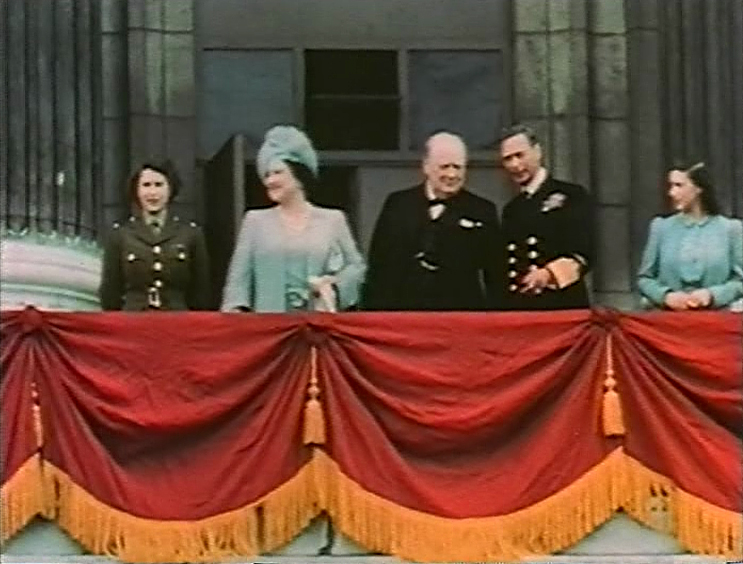 On May 8, 1945, the Allies celebrated Victory in Europe Day. Princesses Elizabeth and Margaret, with permission from their parents, anonymously joined the rejoicing crowds in London, “swept along on a tide of happiness and relief.” The Royal Family and Prime Minister Winston Churchill appeared on the balcony of Buckingham Palace before a jubilant crowd.

Without a doubt, the indomitable spirit of the Royal Family helped the people of the United Kingdom through their darkest times.

79 Responses to “The British Royal Family in World War II”