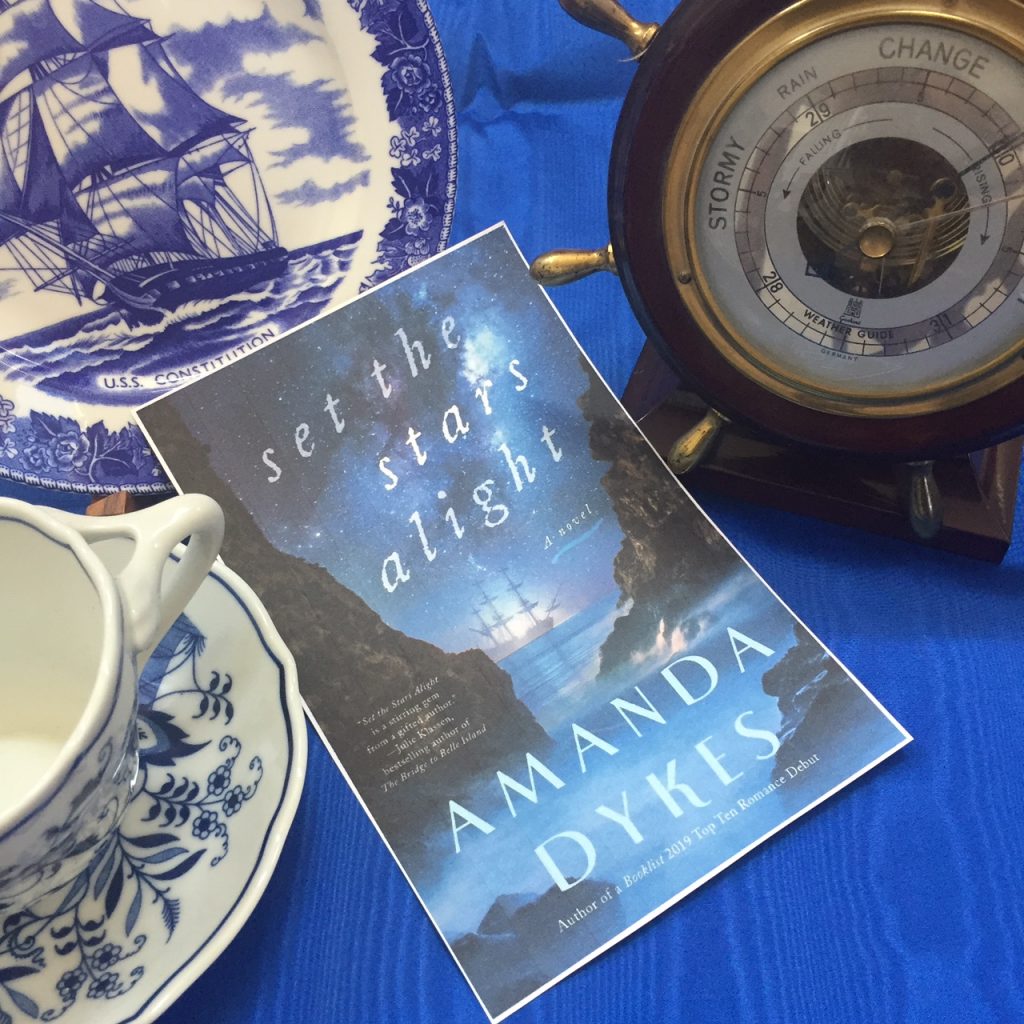 In modern times, Lucy Clairmont and Dash Greene grow up together in England, inseparable friends, united over a love of books and of Lucy’s father’s storytelling. But when they grow up, they grow apart, Dash pursuing a career in forensic astronomy in his native America and Lucy chasing after her late father’s most elusive tale, the story of a traitor and a lost sailing ship.

Two hundred years earlier, Frederick Hanford grows up with privilege but without love, drawn to the daughter of a shepherd – who blames him for her beloved father’s death. When both Frederick and the boy the shepherd’s daughter loves are impressed into the Royal Navy, a deep and unlikely friendship develops, laying the foundation for an act of great sacrifice and love.

Sigh. Some books come along and leave you…dreamy. Set the Stars Alight by Amanda Dykes is such a book. The writing is ethereal, the story wondrous. There’s something magical about the book that pulls you in as stories did when you were little and anything was possible. But the message, the heartbreak, and the depth of the symbolism elevates this above a simple tale. I feel bereft of words and yet overflowing with words, all at the same time. All I can say – read this book.

One Response to “Set the Stars Alight by Amanda Dykes”