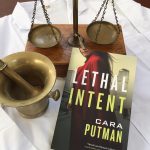 Caroline Bragg is excited about her new job as legal counsel at Praecursoria, a biotechnology company working on novel cancer therapies. Meanwhile, her new boyfriend, ex-football player Brandon Lancaster, is trying to keep his group foster home afloat in a sea of changing regulations – all while being present for young Bethany, a cancer patient… Read more » 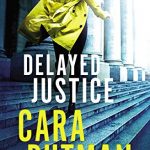 Jaime Nichols has her life in control. Her apartment is stark white, her friends are kept at just the right distance, and her job as a defense attorney fulfills her need for justice. And she’s about to tie up the last loose ends in her life by pressing charges against the man who abused her… Read more » Emilie Wesley has devoted her legal career to helping abused women. She’s so close to helping Kaylene Adams and her two daughters escape Kaylene’s abusive husband. So when the news breaks that Kaylene has shot both daughters and was then killed by the police, Emilie is devastated. But she’s convinced Kaylene’s husband is the guilty… Read more »

Hayden McCarthy is an up-and-rising young lawyer, who just made a name for herself in a difficult case. When Miguel Rodriguez, a young illegal immigrant, is murdered in government custody, his mother files suit against the government and Hayden is assigned to the case. No one in the detainment center will talk. And neither will… Read more » 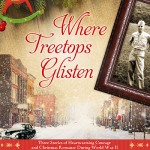 It might be almost 100 degrees here in California, but I’m thinking snow… It’s such a joy to reveal the cover for Where Treetops Glisten, a World War II Christmas novella collection coming from WaterBrook Press September 16, 2014! Tricia Goyer, Cara Putman, and I have had a blast writing these stories about three siblings… Read more »