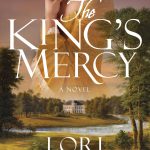 When Scottish soldier Alex MacKinnon is captured after the Battle of Culloden, he’s granted the king’s mercy–exile to the American colonies rather than execution, but it’s a mercy he loathes. Indentured to Edmund Carey to be a blacksmith on his plantation, Alex only dreams of escape. Somehow. Joanna Carey, Edmund’s step-daughter, was thrown into the… Read more »

In 1774, Clare Inglesby is furious at her husband for leading their young family into the dangerous frontier of Ohio-Kentucky. Then Clare’s worst fears come to pass – Shawnees murder her husband and take her four-year-old son Jacob captive, and Clare goes into labor. Frontiersman Jeremiah Ring discovers Clare, helps her deliver her baby girl,… Read more »