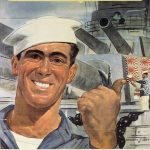 On Labor Day I thought it was appropriate to honor the vital role of production in the Allied victory in World War II. The United States was well situated to become the “Arsenal of Democracy.” Other than a handful of bombings from Japanese submarine-based planes and shellings from submarines, American soil was unscathed by the… Read more » 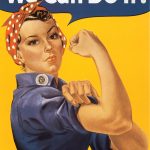 Rosie the Riveter has come to represent the women of World War II. We all love Rosie. She’s strong but cute. She has biceps, but she curls her hair and does her nails. And look at that chin—she won’t let anyone tell her what she can or can’t do. She is woman; hear her riveting… Read more »