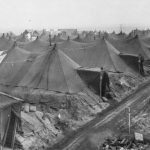 Courage under fire. When we hear that phrase, we picture a soldier in the trenches, a sailor manning his guns, or a pilot dodging enemy fighter planes. But how about nurses and physicians? In one of my novels, On Distant Shores, the hero serves as a pharmacist in the US 93rd Evacuation Hospital in World… Read more » 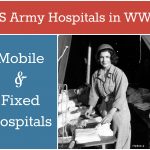 Hutch crossed his arms over his soggy mackinaw and gave Bergie half a smile. “You said you’d take over. Ever pitch a tent before?” “In Boy Scouts.” The surgeon raised a three-finger salute. “On my honor–“ “A big old Army ward tent?” “Nope. But I’m willing to get dirty. What’s mud compared to the blood… Read more » 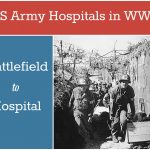 Planes thundered overhead, artillery rumbled in the distance, and cries of wounded soldiers pierced Georgie’s ears. “Coming through.” Two medics rushed past with a litter. A man writhed on top, a shock of red on his gray-green field jacket. Another medic assisted a soldier who clutched his twisted, bloodstained arm to his chest. Georgie took a… Read more »

During World War II, medical care was required as never before. Medics administered first aid on muddy battlegrounds, surgeons operated in tent hospitals near the front under bombardment, and stateside hospitals provided modern care in sterile environments. All three books of my Wings of Glory series required medical scenes, especially A Memory Between Us, since… Read more »