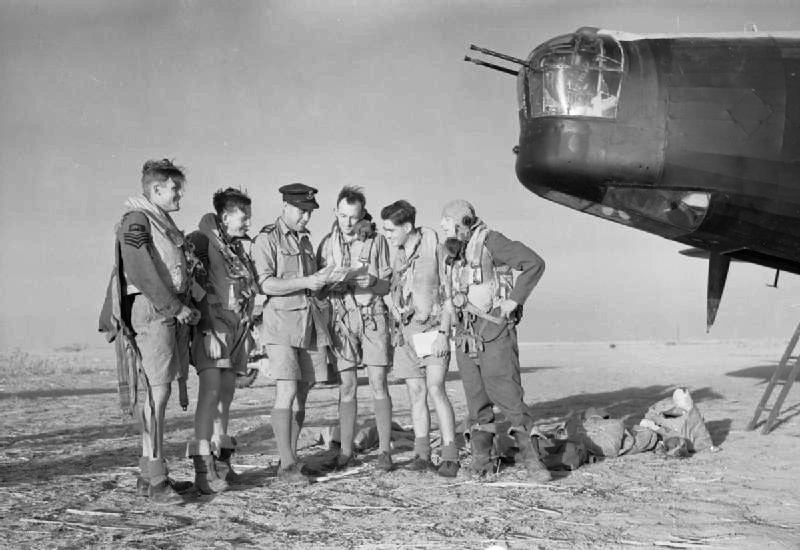 Crew of an RAF Wellington at Kairouan Airfield, Tunisia, being briefed before a bombing raid to Sicily, 9 July 1943 (Imperial War Museum)

75 Years Ago—Apr. 11, 1943: German Gen. Rudolf Schmidt is relieved of command of Second Panzer Army when his brother is arrested by the Gestapo.

US II Corps takes Kairouan, Tunisia, and its airfield.