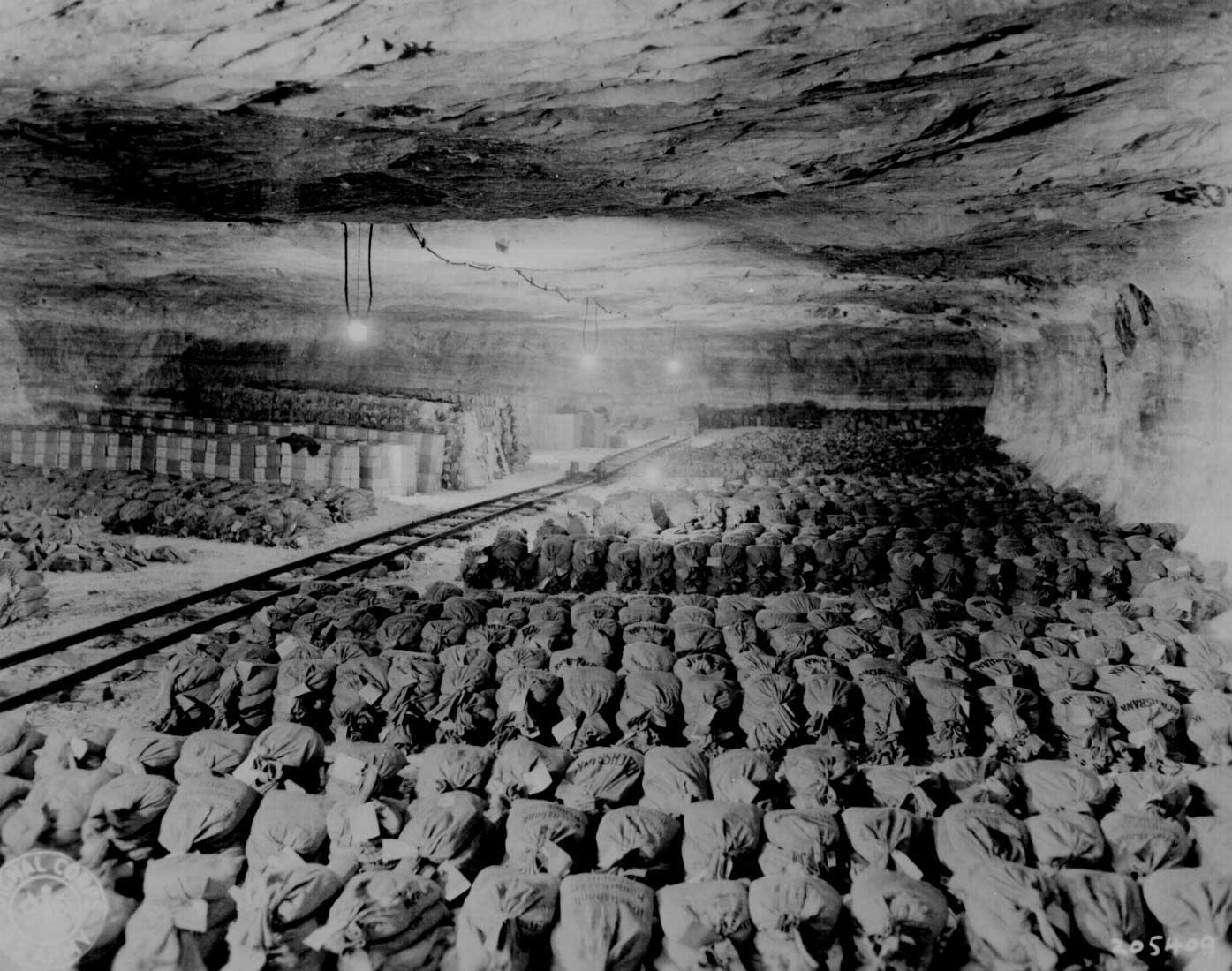 Precious metals, paintings, and other loot hidden by Germans in a salt mine near Merkers, Germany, photographed 15 Apr 1945 (US National Archives: 239-PA-6-34-2) 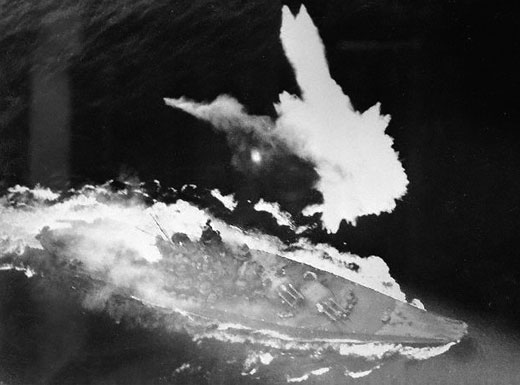 US Third Army finds Nazi art and gold stash in salt mine in Merkers worth $500 million.

P-51 Mustang fighter planes based on Iwo Jima escort B-29 Superfortress bombers over Japan for the first time.