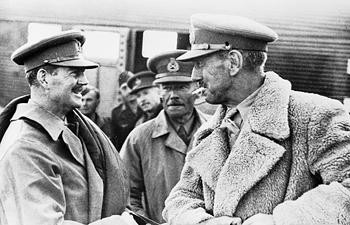 At Piraeus, Greece, British ammunition ship Clan Fraser explodes due to damage from Luftwaffe bombing raid on April 6, sinking 95 other ships and boats.