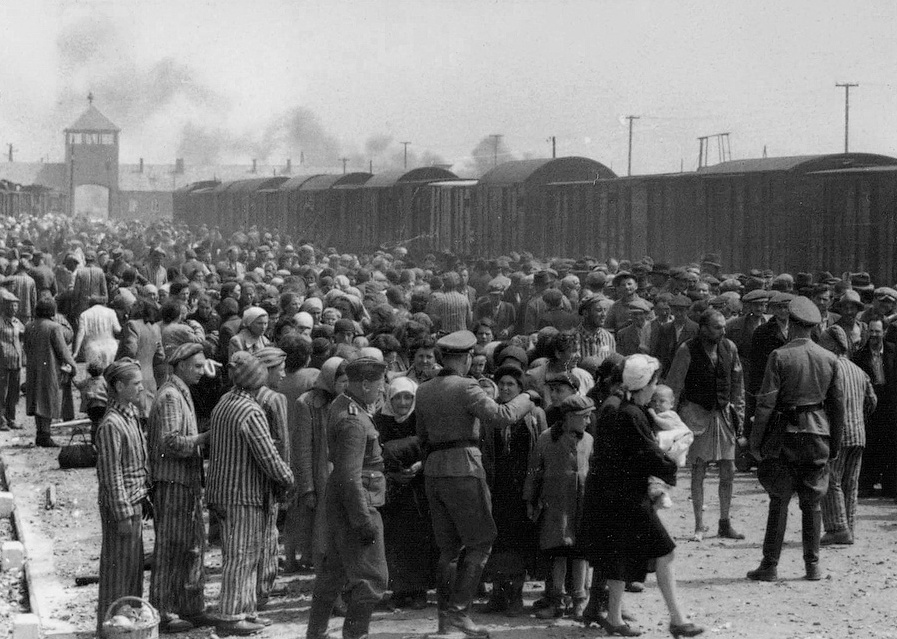 “Selection” of Hungarian Jews on the ramp at Auschwitz-II-Birkenau in German-occupied Poland, May/June 1944 (public domain via Yad Vashem)

75 Years Ago—April 7, 1944: Slovak Jews Rudolf Vrba and Alfred Wetzler escape from Auschwitz; they will write a detailed report that will be published in Geneva on May 17 and will lead Hungary to halt deportations in July 1944.