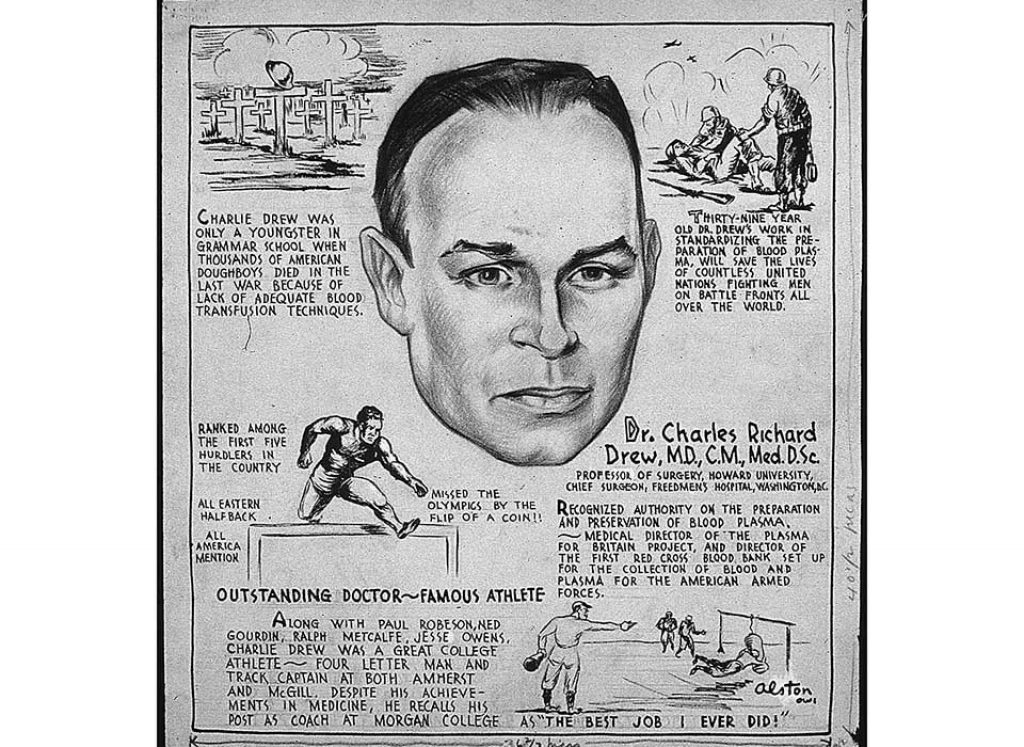 A summary of the life of Charles Drew by artist Charles Alston, 1943 (US National Archives 535693)

Coat of arms of US 29th Infantry Regiment

Churchill first uses term “iron curtain” in speech to House of Commons: “the iron curtain which at the moment divides Europe in twain.”