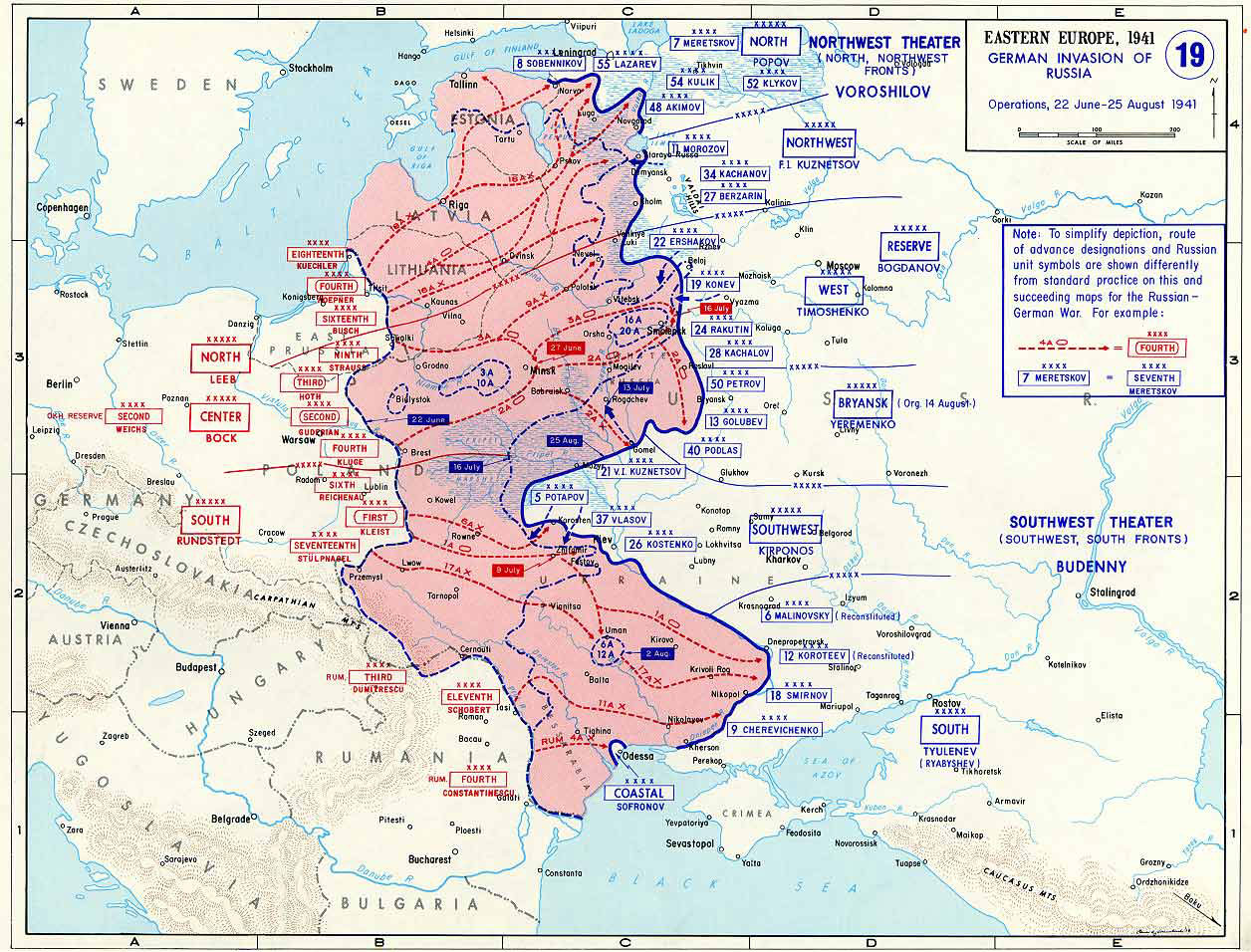 Map of Operation Barbarossa, the German invasion of the Soviet Union, 22 Jun-25 Aug 1941 (US Military Academy)