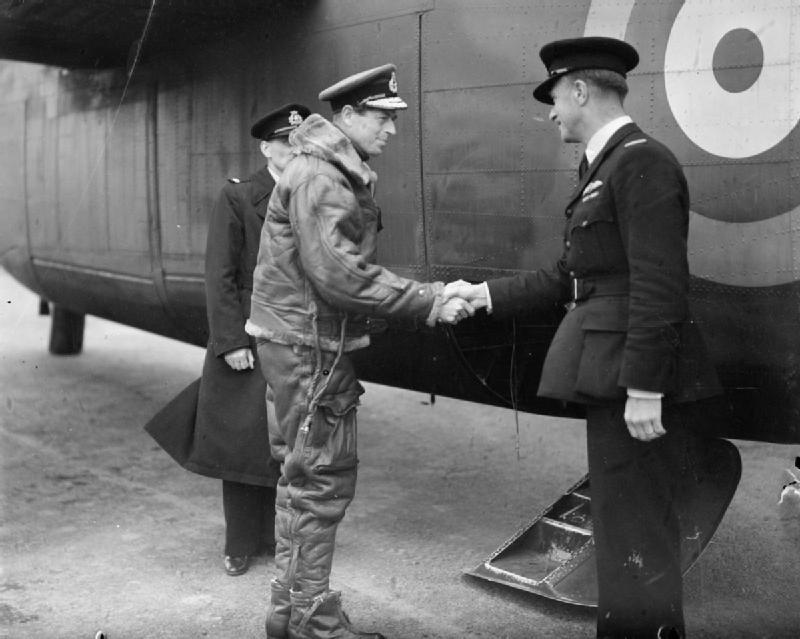 The Duke of Kent shakes hands with a BOAC pilot as he boards a Liberator of Ferry Command, Prestwick, Scotland, 1941-43. (Imperial War Museum)

75 Years Ago—Aug. 25, 1942: RAF officer Prince George, Duke of Kent, brother of King George VI, is killed in a plane crash in Scotland, age 39, the first death of a member of the Royal family in military service in 450 years.