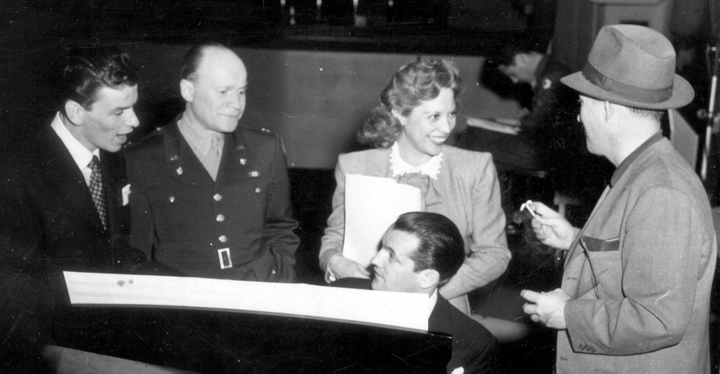 Singer Frank Sinatra is declared 4-F in the draft, unacceptable for military service, due to a perforated eardrum.