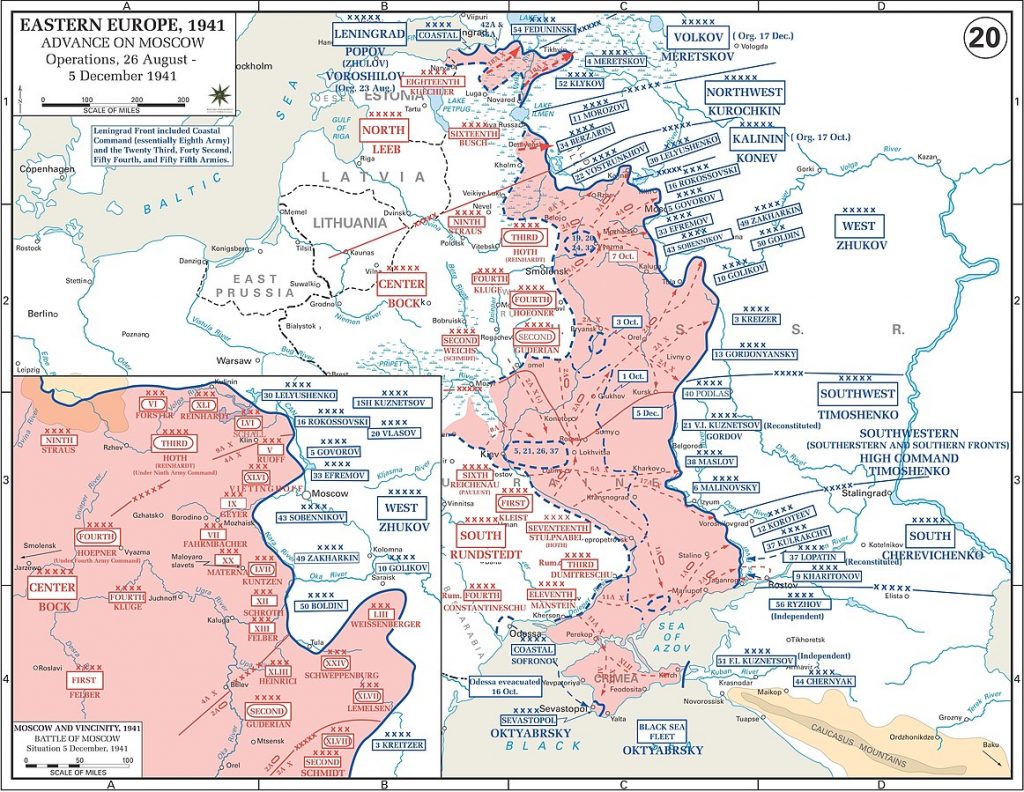 Map of the German advance on Moscow, 26 Aug-5 Dec 1941(The History Department of the United States Military Academy)

80 Years Ago—Dec. 2, 1941: German Army reaches the Moscow suburb of Khimki in sight of the Kremlin, its deepest penetration in the USSR.

Marshal Edward Rydz-Śmigły, former commander of all Polish forces, dies of heart failure in Poland, where he was participating with resistance, age 55. 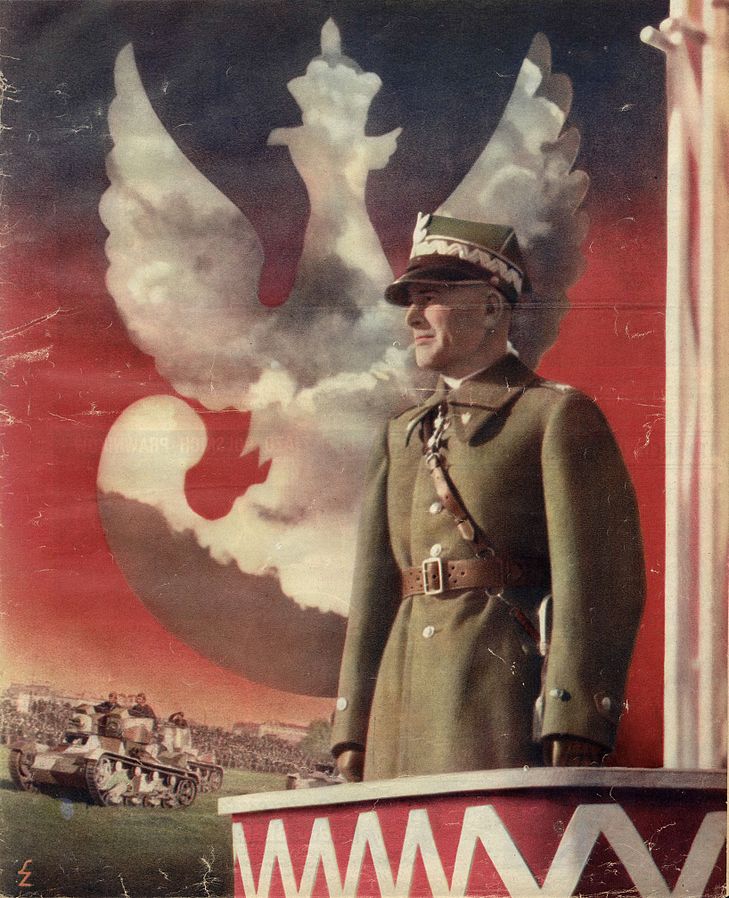