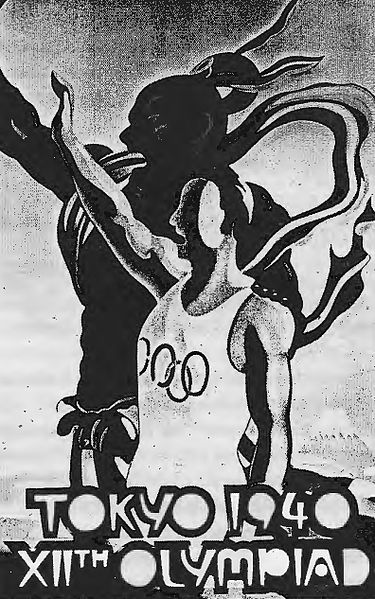 Poster for the planned 1940 Summer Olympics in Tokyo.

80 Years Ago—December 2, 1939: 1940 Summer Olympic Games—originally scheduled to be held in Tokyo, and then changed to Helsinki, Finland—are cancelled due to the war.

New song in Top Ten—“Don’t Fence Me In.”