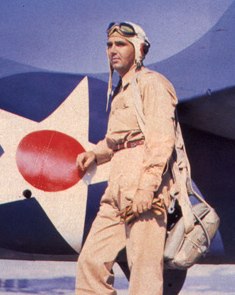 Lt. Edward “Butch” O’Hare of USS Lexington shoots down five Japanese planes in six minutes in his F4F Wildcat over Rabaul, becoming the first US Navy ace of war, receives Medal of Honor.