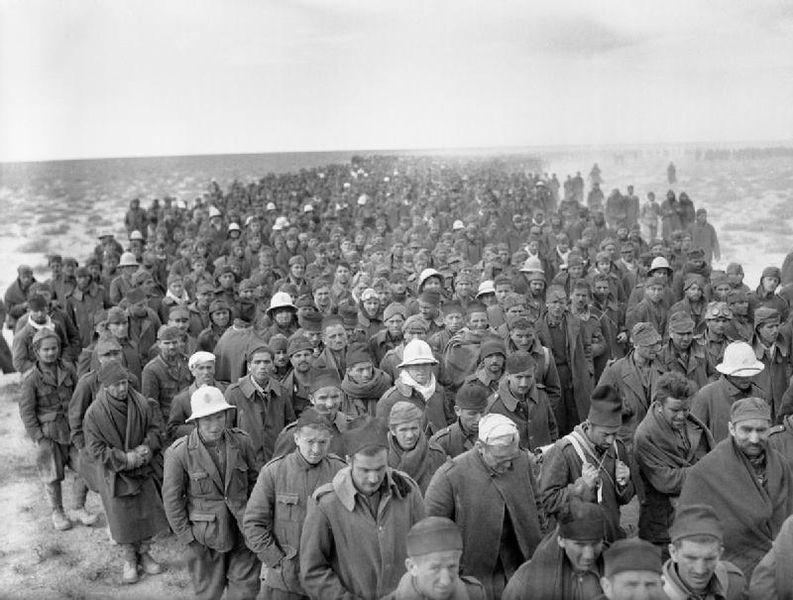 Italian prisoners captured during the assault on Bardia, Libya, march to a British army base on 6 January 1941 (Imperial War Museum: E 1579)

US Naval Academy class of 1941 graduates four months early due to the national emergency; 41 members will be killed in action during WWII.