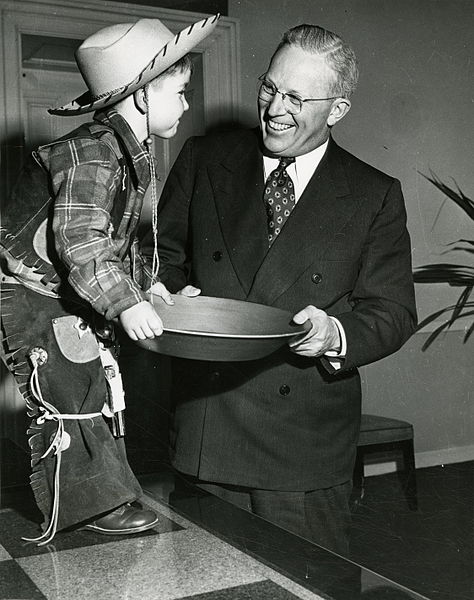 California Governor Earl Warren with a small boy dressed as a prospector, during the California Centennial Celebration, 1948-50 (California State Archives)

Incoming California Gov. Earl Warren (and future Supreme Court Justice) serves as Tournament of Roses grand marshal, but the parade is canceled again due to the war.