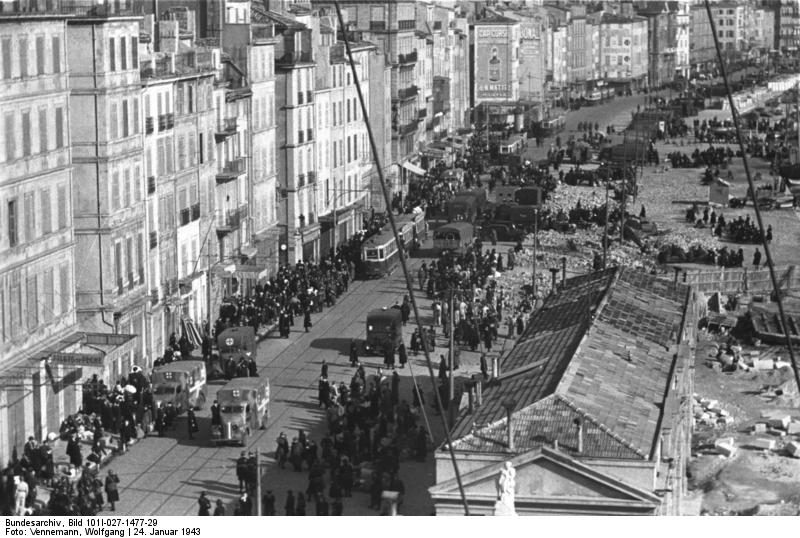 In the old quarter of Marseille, France, Nazis begin removing 40,000 residents to prevent partisan activity, rounding up Jewish residents, and looting; 1400 buildings will be destroyed in February.