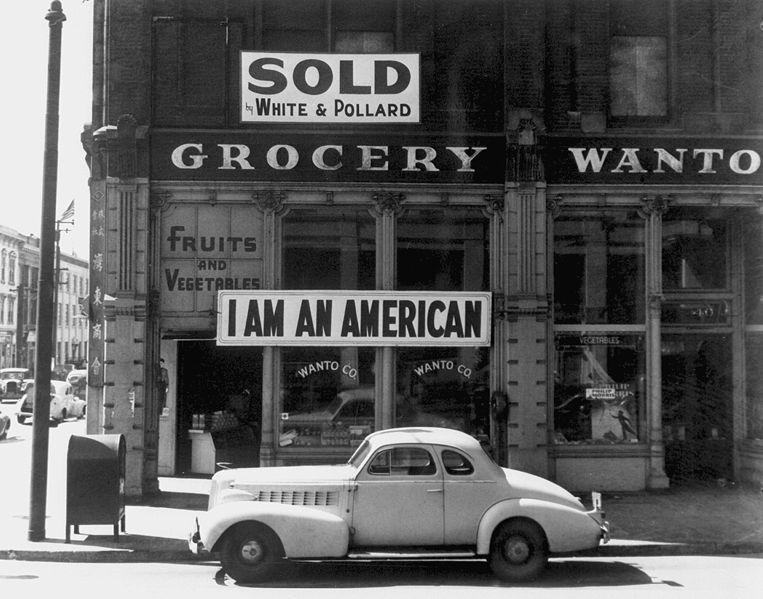 Sign posted in window of store owned by a Japanese-American the day after Pearl Harbor, shortly before the man’s internment, Oakland, CA, March 1942 (Photo: Dorothea Lange, US National Archives)

75 Years Ago—Jan. 5, 1942: In the Philippines, US & Filipino forces complete retreat into Bataan peninsula; troops put on half rations.

In US, “enemy aliens” are required to surrender transmitters, shortwaves, and precision cameras.

Franklin D. Roosevelt appears on cover of Time Magazine as 1941 Man of the Year.