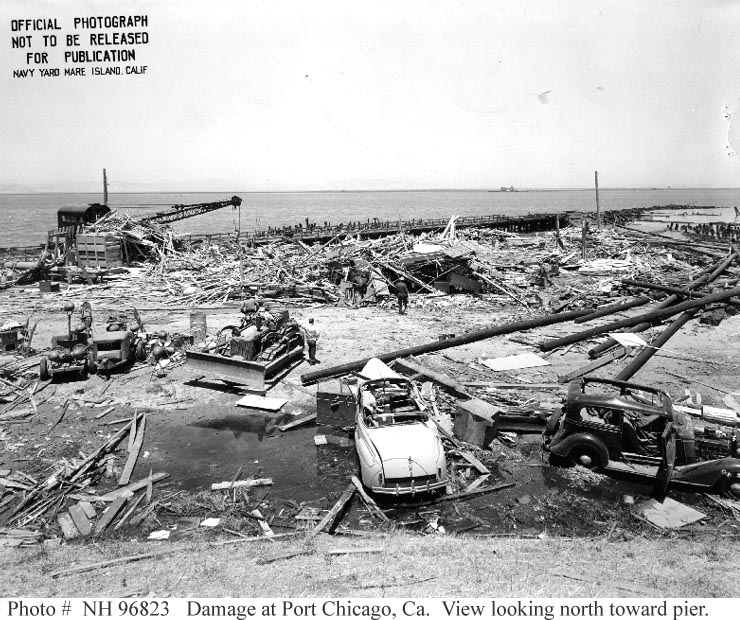 75 Years Ago—July 17, 1944: Port Chicago Explosion: freighters E.A. Bryan and Quinalt Victory explode at the US Naval Magazine in Port Chicago, CA, killing 322 (mostly black sailors) in the largest home front disaster of the war; the resulting controversy exposes discrimination in the armed forces and leads to the desegregation of the Navy.

First-ever use of napalm, by US P-38 Lightnings, on a fuel dump at Coutances, France.

To read more about the Port Chicago Explosion, please see my blog series:

1) Segregation in the armed forces and the situation at Port Chicago.

5) The aftermath and desegregation of the US Navy