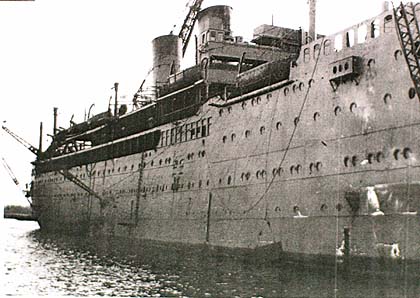 Ocean liner Arandora Star in use as a troop transport, 1940 (Royal Navy photograph)

US Congress passes Export Control Act, giving the president power to control or ban exports of munitions and critical materials.

Hatch Shell is dedicated on the Boston Esplanade—the amphitheater which hosts the Boston Pops Fourth of July concert.

75 Years Ago—July 2, 1945: Submarine USS Barb attacks Kaihyo Island (north of Japan off Sakhalin) with the first use of rockets by a US sub against shore installations.