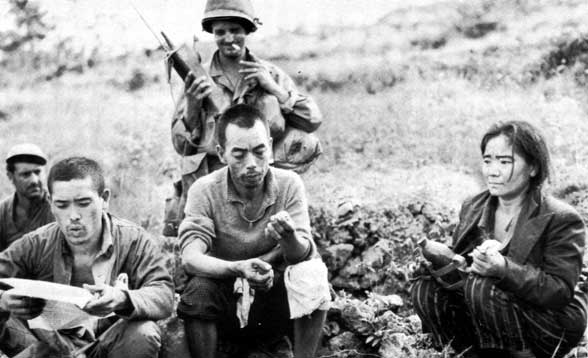 US B-32 Dominator bomber is first flown in combat, in the Philippines.