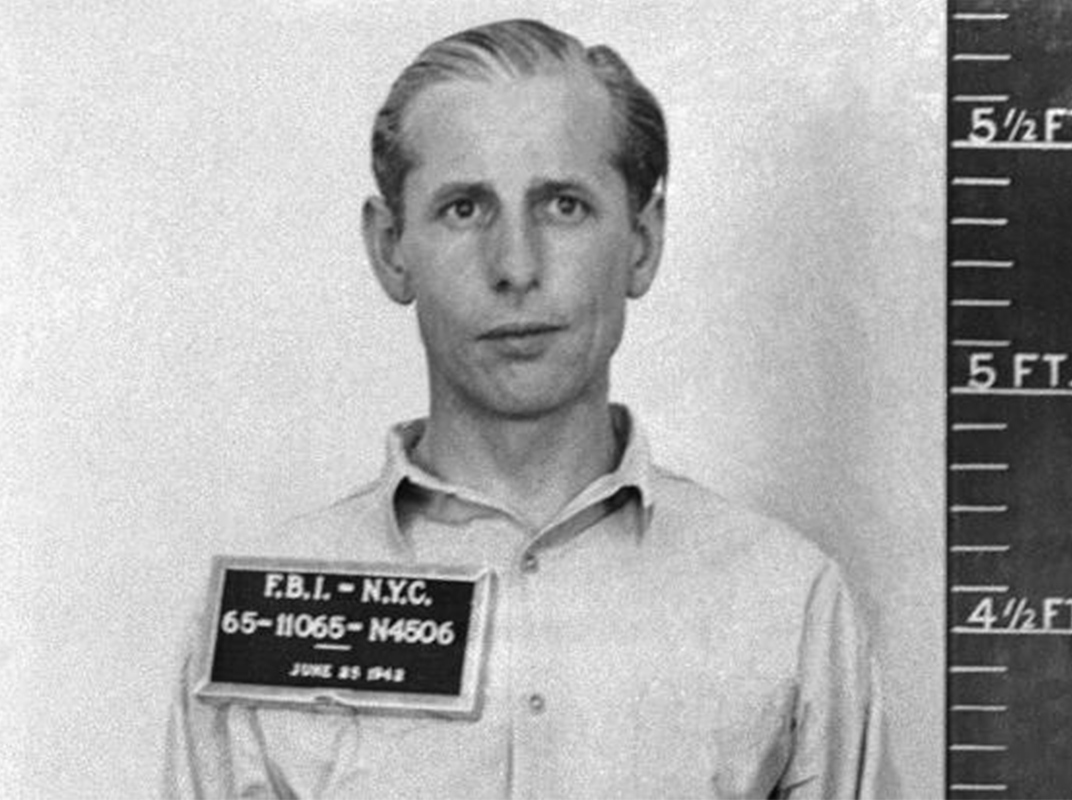 German saboteur George Dasch, who turned himself and his fellow saboteurs in to the FBI, 25 June 1942 (US Army photo)

75 Years Ago—June 20, 1942: Japanese sub I-26 shells Estevan Point Lighthouse and radio-direction-finding station on Vancouver Island, BC, no damage; first enemy shelling of Canada since the War of 1812.

Four Poles escape Auschwitz concentration camp disguised as SS guards in an SS car; this leads to tattooing of prisoners a month later.