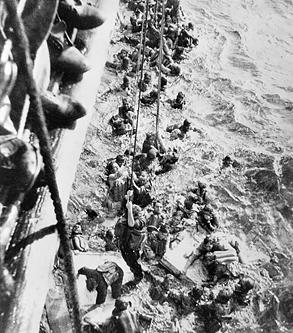 In Fireside Chat, President Roosevelt declares an unlimited national emergency, allowing more military shipments to Britain and increased patrols in Atlantic; 65% of the nation listens to the broadcast, the largest radio audience in history to date.