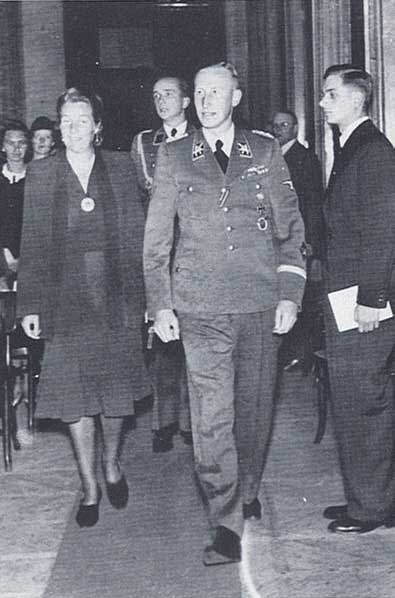 Reinhard Heydrich and his wife Lina at a concert at Wallenstein Palace, Prague, 26 May 1942 (public domain via WW2 Database)

Guide Dogs for the Blind is founded in Los Gatos CA, to help returning servicemen.

Movie premiere of Prelude to War, first of Frank Capra’s Why We Fight propaganda films.

US poster, 1943, honoring Dorie Miller, recipient of the Navy Cross for his actions at Pearl Harbor.