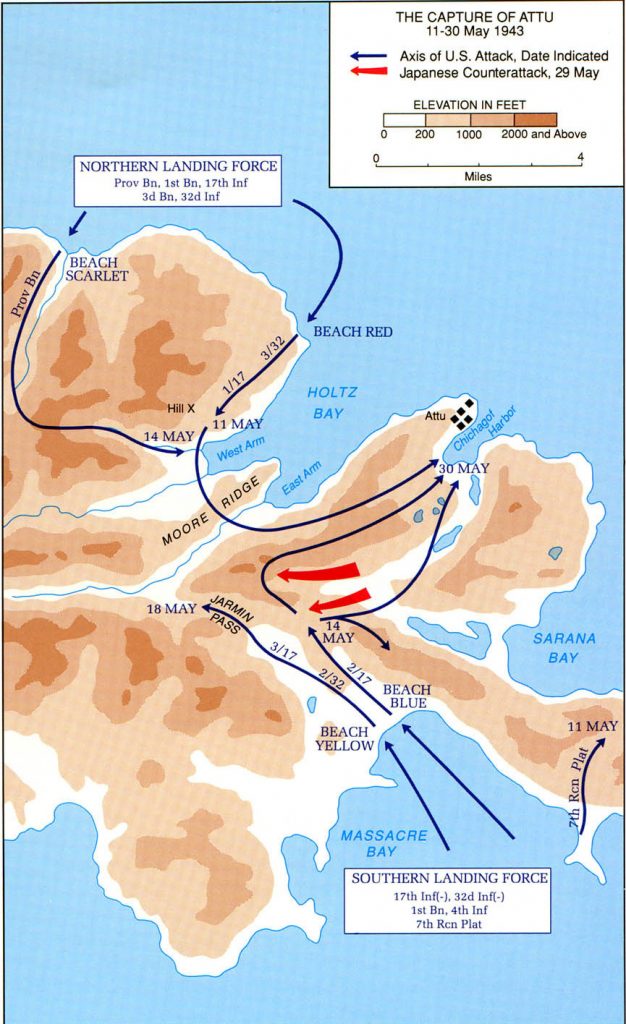 Map of US Army operations on Attu in the Aleutians, May 1943 (US Army Center of Military History)

Dr. Josef Mengele, “the angel of death,” arrives at Auschwitz.