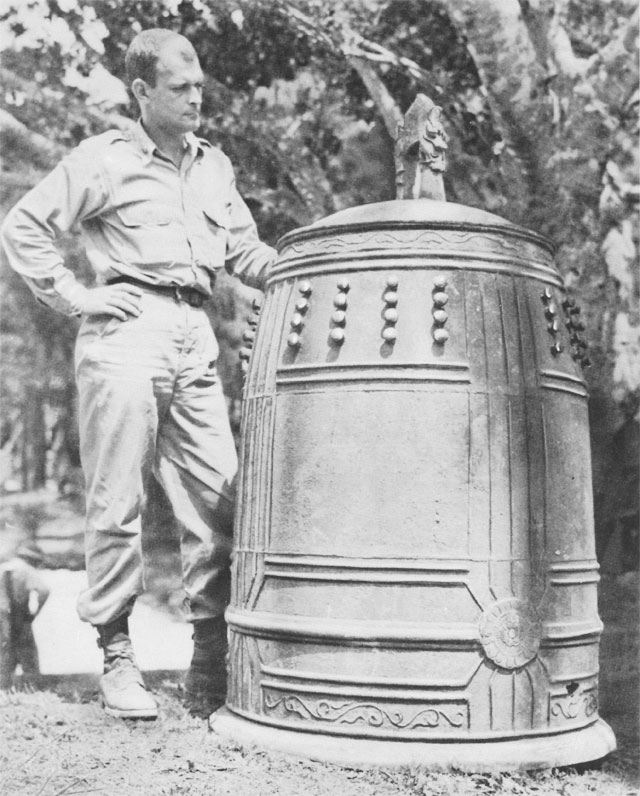 American officer standing by the bell from Shuri Castle on Okinawa, 1945 (US Army Center of Military History)

In Italy, civilians are banned from driving private cars, and a gasoline conservation plan is announced.