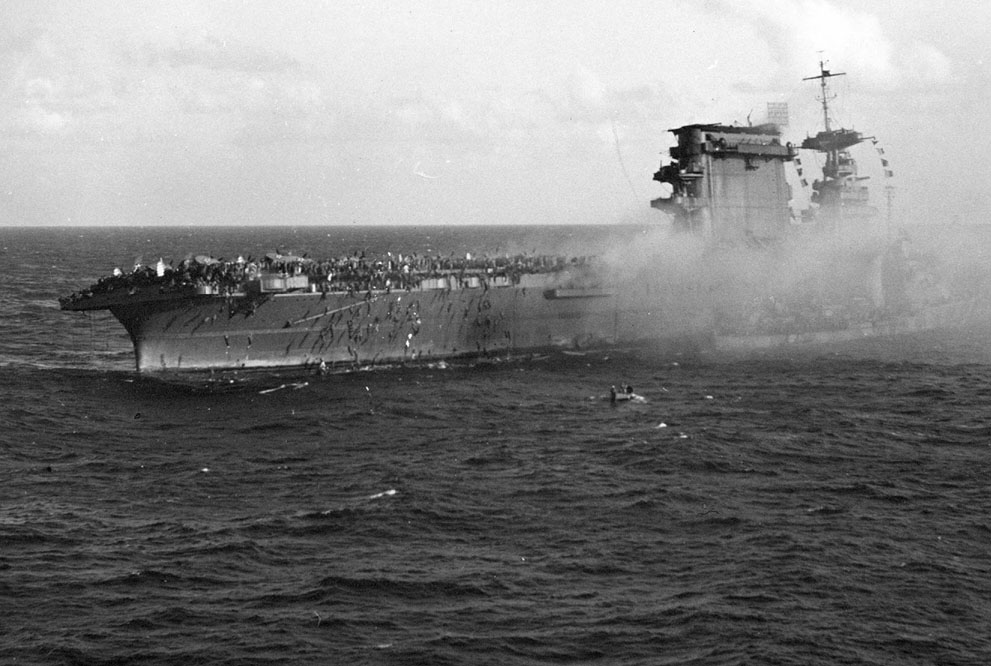 USS Lexington’s crewmen abandoning ship and boarding a destroyer, 8 May 1942 (US National Museum of Naval Aviation)

In Battle of the Coral Sea, carrier USS Lexington is badly damaged and scuttled.