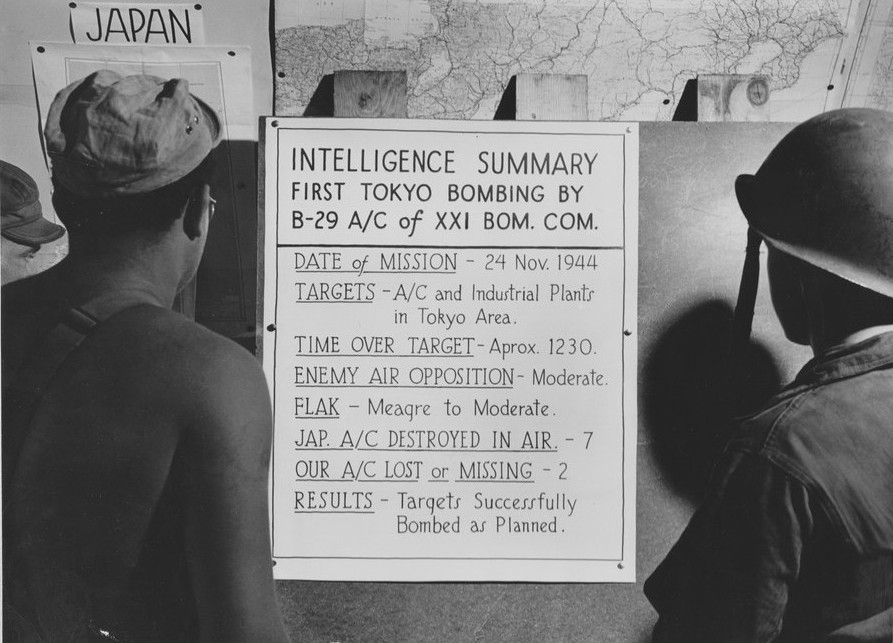 US airmen reading a bulletin announcing their Saipan-based unit’s first bombing of Tokyo, Japan on 24 Nov 1944 (US National Archives) 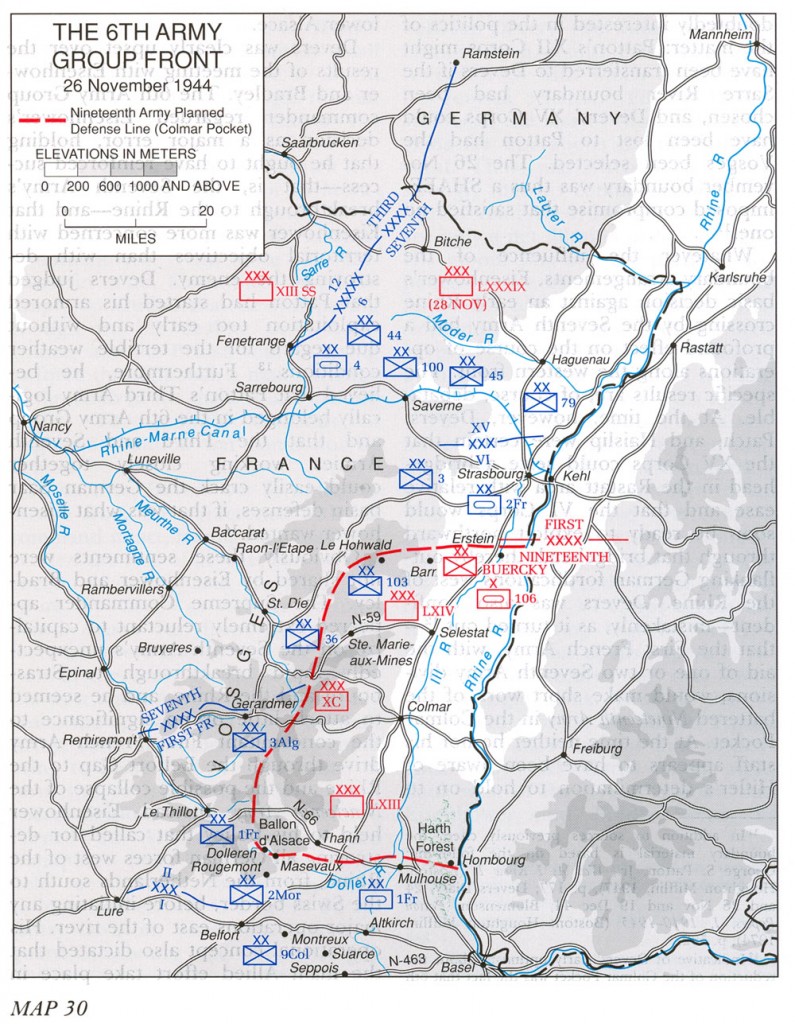 In controversial decision, Gen. Dwight Eisenhower orders the 6th Army Group not to cross the Rhine but to drive north and assist Patton’s Third Army.

In Terrace, BC, Canadian conscripts (many are French-Canadian) mutiny when they hear they might be sent overseas, the largest mutiny in Canadian history; put down by 11/29; news of the mutiny is censored.