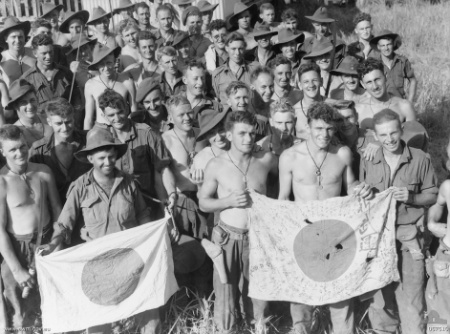 Soldiers from the 2/6th Independent Company display Japanese flags they captured during the battle of Kaiapit, 22 September 1943 (Australian War Memorial 057510)

US War Department puts all coastal observation posts down to alert status due to declining invasion threat.