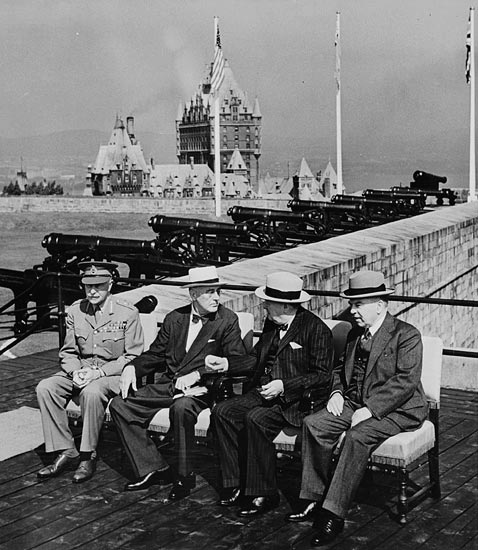 75 Years Ago—Sept. 12, 1944: Romania signs an armistice with the Allies and agrees to fight Germany.

First German city falls to the Allies as the US First Army takes Roetgen.

In Normandy, Canadians take crucial port of Le Havre; due to damage, the port won’t open for four weeks.

Ships of US Task Force 38 strike Cebu in the Philippines, sinking over 40 Japanese ships.

Octagon Conference begins in Québec between US, UK, and Canada.