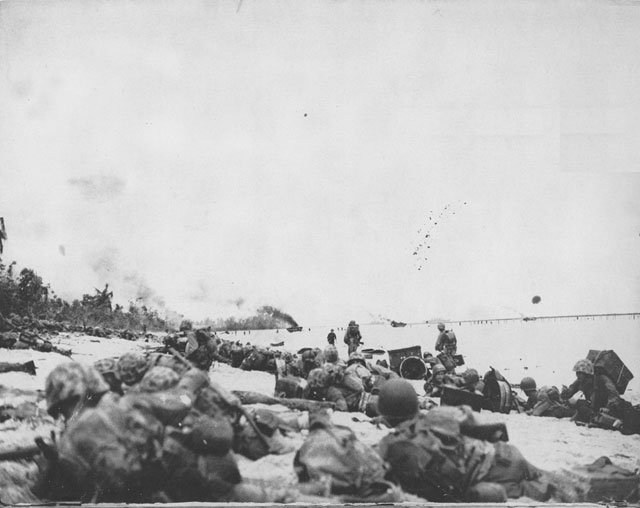 US Marines on Orange Beach on Peleliu, 15 September 1944 (US Marine Corps) 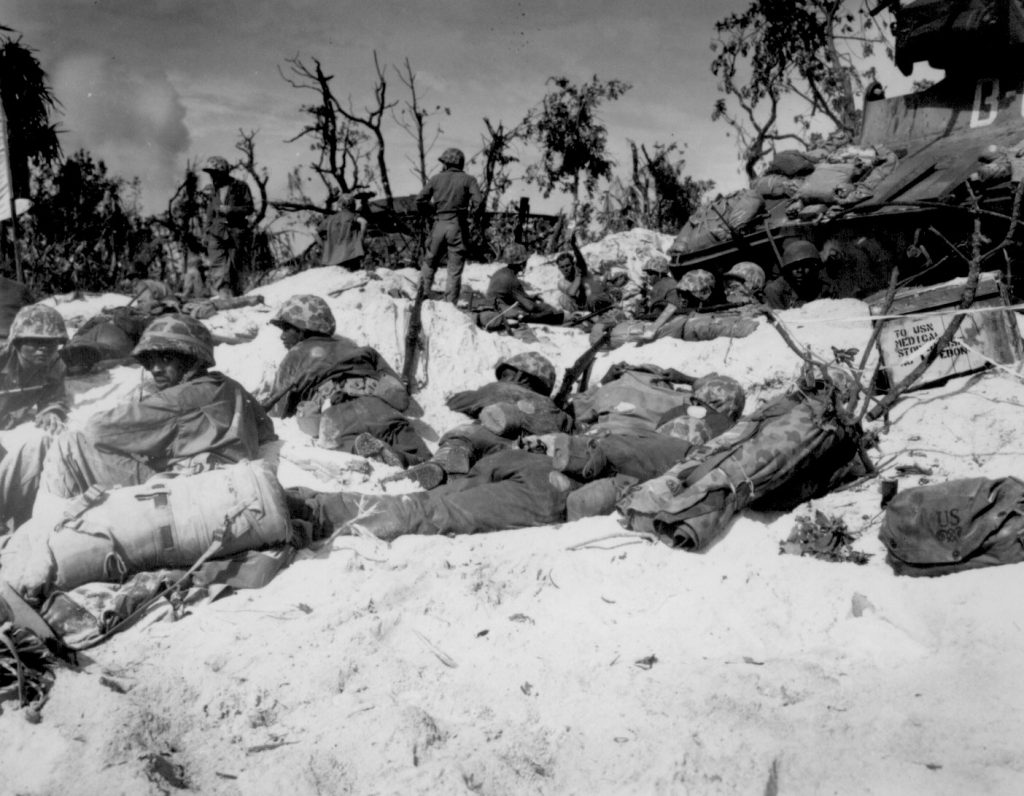