A Poppy in Remembrance by Michelle Ule 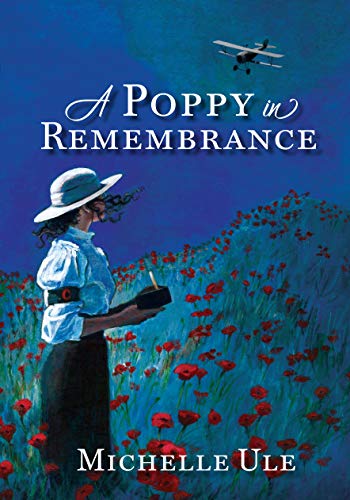 In London in 1914, American Claire Meacham has a front row seat on the excitement as the Great War breaks out. This could be her opportunity to follow in her journalist father’s footsteps – but women aren’t welcome at the Boston News Service office except as stenographers. In the newsroom, she makes friends with dashing New Zealander Nigel Bentley-Smith and quiet American Jim Hodges. Jim invites Claire to lectures at the Bible Training College, where she’s struck by the teachings of Oswald Chambers.

As the war heats up, Claire journeys with her family to Egypt and to France to report on the war. Will the war take everyone she loves? And can Claire prove herself as a journalist?

Sweeping from London to Cairo to Paris, A Poppy in Remembrance by Michelle Ule traces the poppy-strewn path of the First World War. Through the eyes of a plucky young woman trying to make a name for herself in journalism, we see the devastation of the war on a grand and on a personal level. The faith, courage, and optimism of Oswald Chambers (author of the classic devotional My Utmost for His Highest) and his wife, Biddy, have a great influence on Claire – and on the reader. A sweet and touching romance adds to the appeal of this beautifully written novel. Highly recommended!