Above the Fold, by Rachel Scott McDaniel 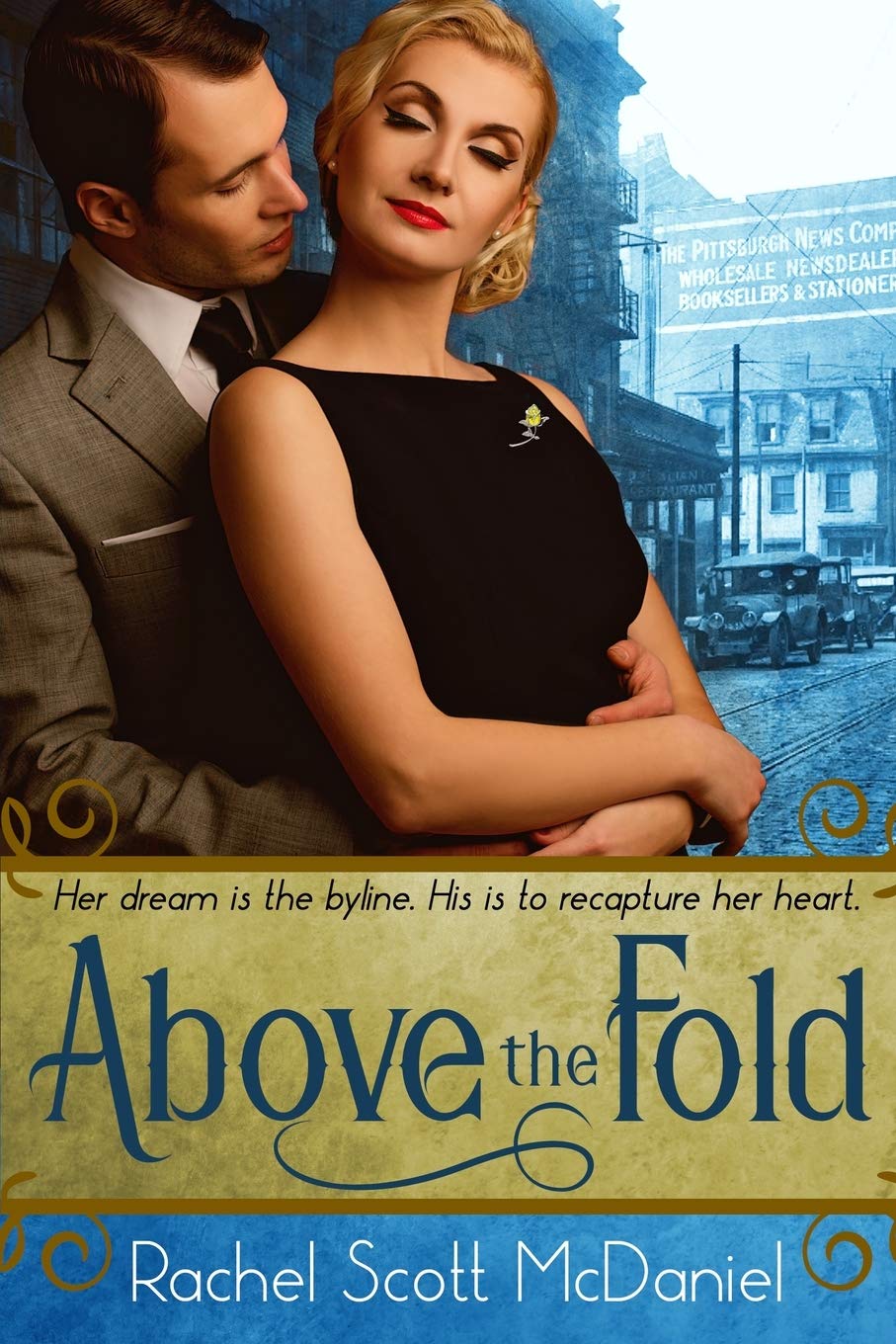 In 1922, Elissa Tillman is tired of serving as a secretary at her father’s newspaper, the Pittsburgh Review, and she’s tired of only having articles published under a male pen name. Finally, she believes she has a crack at a big scoop – until she discovers her father has hired a new reporter and assigned him the story. To make things worse, the new reporter is Cole Parker, Elissa’s childhood friend and the old flame who broke her heart several years earlier.

Cole’s plans to make it big in New York City have died, but he holds out hope for a second chance back in Pittsburgh – and to make things up to Elissa. However, Elissa is determined to thwart both plans. When a millionaire inventor, Cole’s one-time mentor, is murdered, Mr. Tillman stakes out a competition for Cole and Elissa to write the best article about the news story. Cole and Elissa may find themselves in danger – from the murderers, from demons of the past, and from their own bruised hearts.

What a blast! In Above the Fold, the Roaring Twenties in Pittsburgh comes to life, from the sooty streets to the speakeasies to the raucous world of journalism. Both Cole and Elissa are appealing – strong and sassy, but deeply vulnerable – and their romance is swoon-worthy. Rachel Scott McDaniel‘s debut novel will keep you flipping pages to the end!