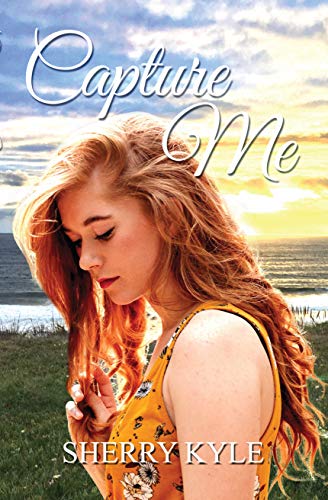 Ashley Stevens loves her job as a veterinary technician, the family who adopted her, and her boyfriend Bryan—if only he’d propose!—but something is missing. While making scrapbooks for her grandmother, she discovers a childhood photograph of herself with a toddler who looks just like her. Who is the little girl? And why won’t her family answer her questions?

Kayla Witherspoon is about to flunk out of medical school. As the only adopted child of high-achieving, high-achievement-expecting physicians, Kayla doesn’t dare follow her dream of becoming a fashion designer. When Ashley’s sister Lauren tells Kayla she has a biological sister, put-together Kayla finds her life in disarray.

Heartwarming and rich, Capture Me by Sherry Kyle did, in fact, capture me. Ashley and Kayla’s struggles with identity and the meaning of family resonate and remind us to treasure the people in our lives—no matter how flawed. Throw in a glorious beach setting, two sweet romances, a moody teenager, and a lovable Labrador retriever—what’s not to love? Highly recommended.

One response to “Capture Me, by Sherry Kyle”