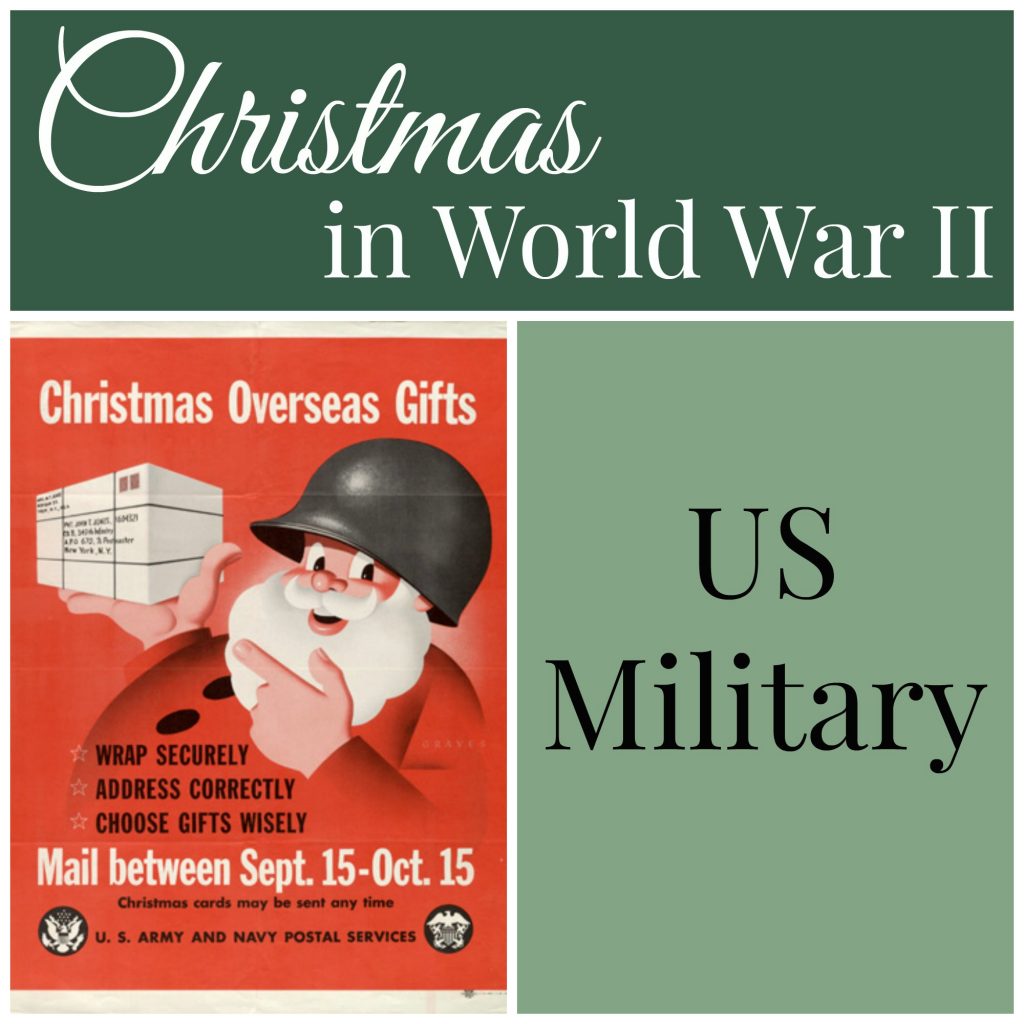 Although World War II did not take a holiday, Americans at home and abroad did their best to celebrate Christmas. Wartime separations and deprivations made festivities poignant and bittersweet. This post looks at Christmas for American servicemen and women. See also: Christmas on the US Home Front. 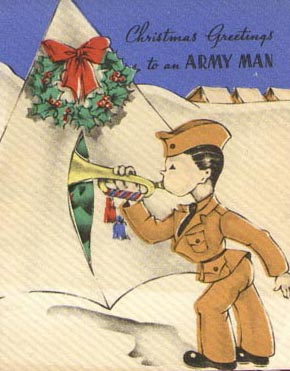 Christmas during World War II found Americans on many fronts. In 1941, only a few weeks after the Pearl Harbor attack, American soldiers were putting up a fighting retreat in the Philippines. In 1942, soldiers fought on Guadalcanal and New Guinea, and in Tunisia. In 1943, US forces fought in the Southwest Pacific and in Italy. Christmas of 1944 found the Allies reeling from the Battle of the Bulge in Europe and also engaged in northern Italy and back in the Philippines. Throughout the war, sailors were on the watch at sea and airmen faced the enemy in the sky. In addition, many servicemen and women were stationed far from home even if not on the front lines. 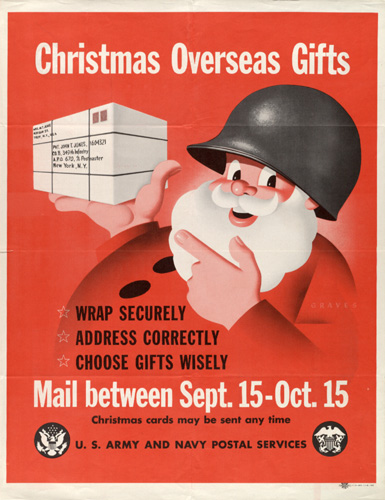 Nothing warmed the heart more than gifts from home. The Army and Fleet Post Offices did their best to distribute presents quickly, but the sheer volume of mail and the great distances created difficulties. Families were advised to mail Christmas packages from September 15 to October 15, and the Navy restricted packages to under five pounds. Still, many servicemen, especially sailors at sea, received packages several months later. While many gifts were cherished and useful (such as candy, cookies, and warm socks), some were perplexing, such as neckties and cologne. 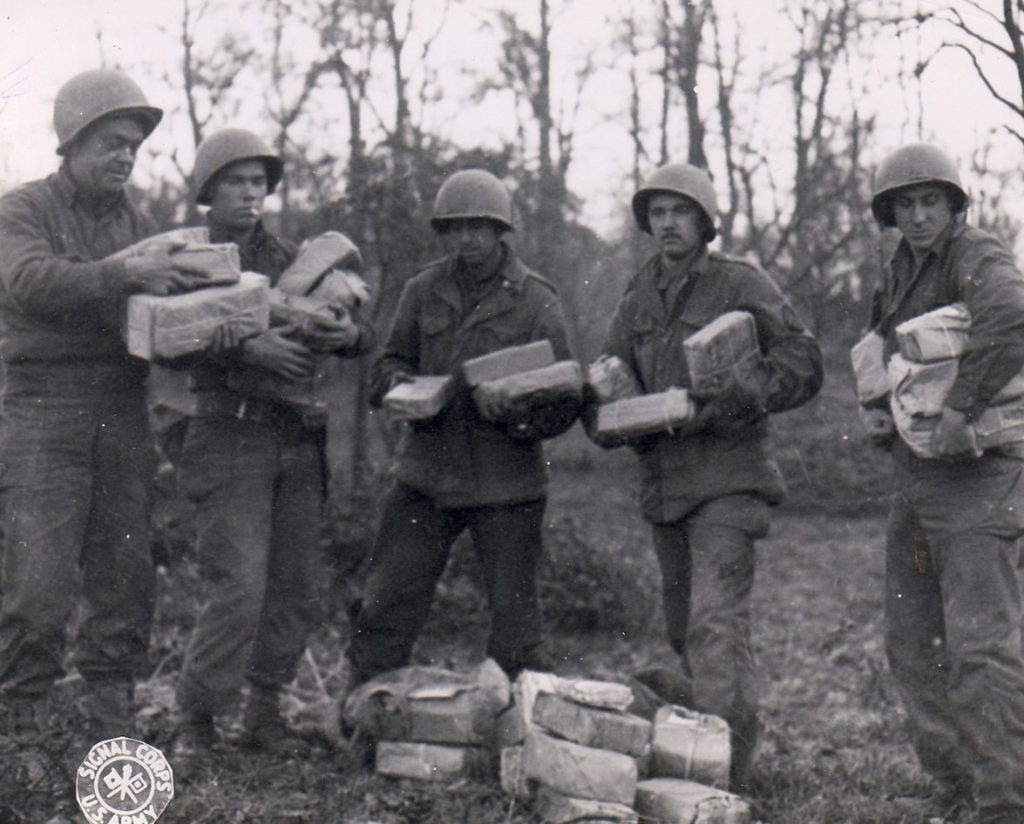 The armed services went out of their way to provide special holiday meals whenever possible. Those serving on ships or on fixed bases, either at home or abroad, had elaborate meals of turkey and ham with all the fixings. Even on the front lines, kitchens tried to provide turkey dinners. However, in 1942 on Guadalcanal, the troops were happy simply to receive an orange and a warm beer. 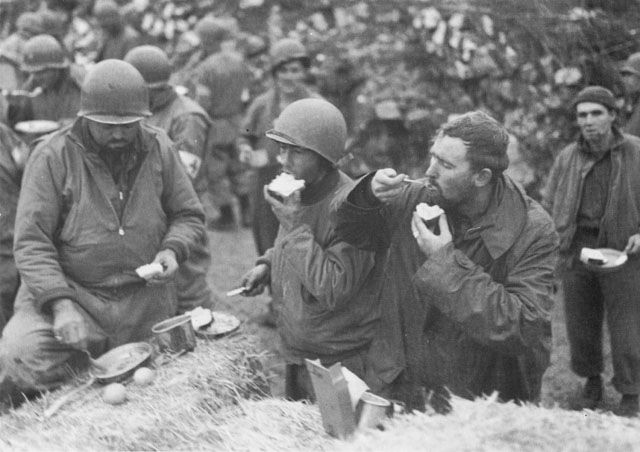 US troops eating Christmas dinner on a haystack, Italy, 25 December 1943 (US National Archives)

Traditional decorations were scarce, but improvisation and creativity reigned. On the hospital wards overseas, nurses snipped tin from used plasma cans to make stars to string from the tent ceilings or to decorate little trees. Ration tins and foil wrappings were used for other makeshift decorations. 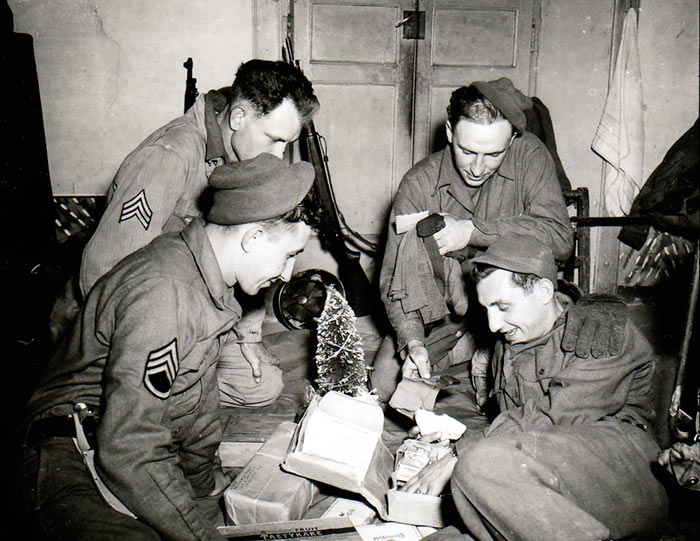 Many bases arranged Santa visits, concerts, and parties for the men. In addition, Americans often put together parties for local children. For example, the airmen of the 94th Bombardment Group stationed in Bury St. Edmunds threw a big party for British orphans. 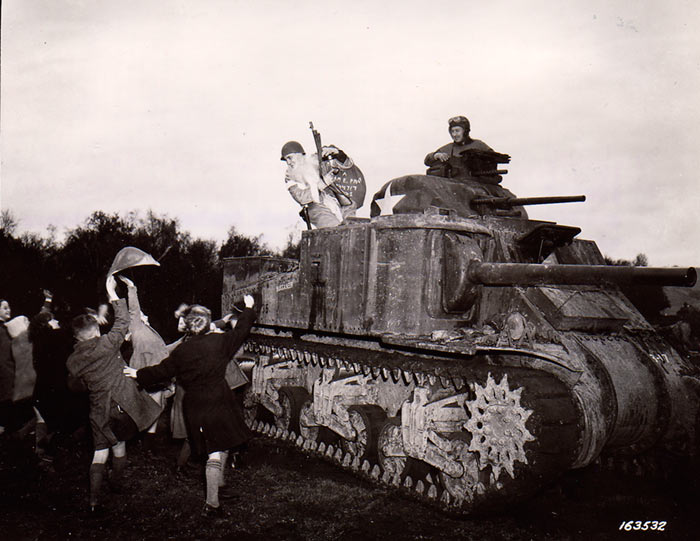 Most of all, the perilous times reminded the serviceman and woman of the reason for Christmas, the birth of Jesus Christ. Christmas services were held on all fronts, and the carols about “peace on earth, goodwill to men” were sung with special fervor.

Being separated from family and friends during the holidays made war that much more difficult for those in the military, but creativity and generosity made Christmas meaningful and memorable. 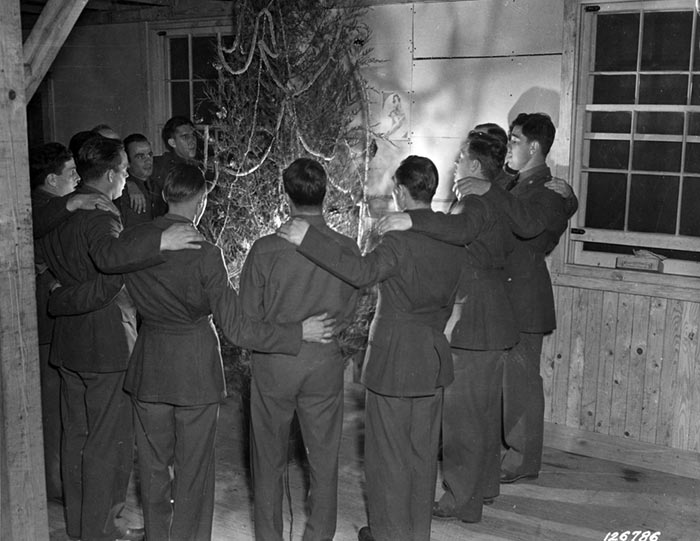 3 responses to “Christmas in World War II – The Military”