Ever Faithful, by Karen Barnett 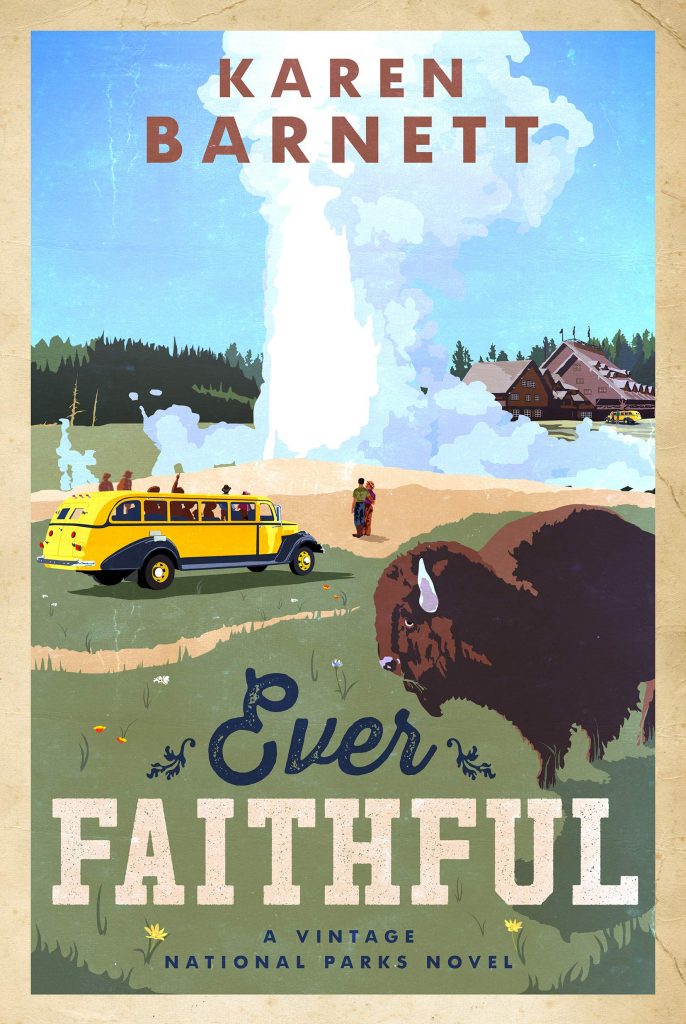 In 1933 New York City, Nate Webber has nothing going for him. A school dropout and a disappointment to his family, he voluntarily takes the rap for his little brother to keep him out of jail. But instead of sentencing Nate to jail, the judge has him join the new Civilian Conservation Corps. With dozens of other unemployed young men, Nate arrives at Yellowstone National Park to build trails and facilities. Nate’s natural leadership abilities rise to the top, but if they find out he’s unable to read, Nate will be a failure once again.

Ranger’s daughter Elsie Brookes loves her summer job working at Yellowstone, spending time with her family and friends, and saving money to go to college and become a teacher, her lifelong dream. But when her father recruits her to teach classes to the CCC men, she fears she’ll be in over her head. And why does the intriguing Nate stay away from her classes despite his obvious intelligence?

When mysterious fires strike around Yellowstone, Elsie’s old fears are awakened–especially since her cousin Graham is working at the park, the same cousin she holds responsible for the fire that killed her little sister and scarred her physically and emotionally. Nate and Elsie’s friendship – and attraction – grows, but can they solve the mystery before someone is hurt?

Ever Faithful is another gem in the Vintage National Parks series. Karen Barnett, a former ranger herself, uses her love for nature and her amazing research to bring 1933 Yellowstone to life. Nate and Elsie each bear deep scars, but they rise above them in beautiful and inspiring ways. The story is gripping, the romance is compelling, and you can practically smell the pines, the sulfur springs…and the smoke. I adored this book!

One response to “Ever Faithful, by Karen Barnett”