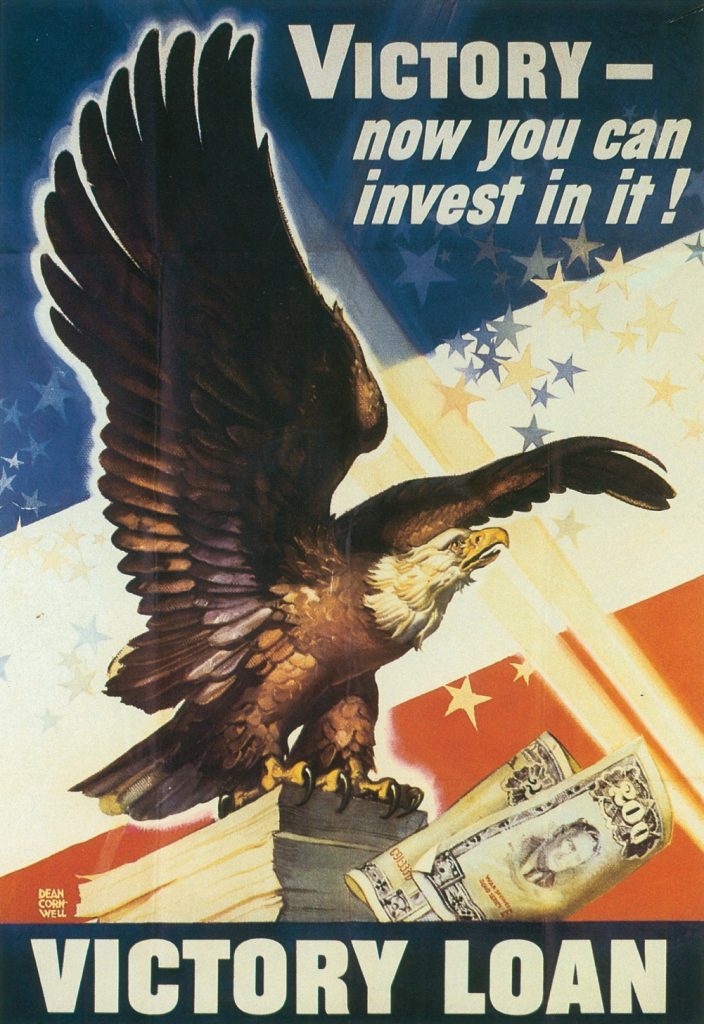 Poster for US Victory Loan Drive, 1945

The cost of victory was high. Tens of millions were killed in battle. More tens of millions were murdered and starved in concentration camps. And more millions perished as civilian casualties of bombing. Many of Europe’s great cities lay in heaps of rubble. The infrastructure of factories, railways, bridges, and roads lay in tangled ruins.

But the cost of defeat would have been even higher. The fascist dictators had conquered most of Europe and ruled with totalitarian brutality. They trampled the freedoms of the occupied lands, freedoms we take for granted – to speak our mind, to worship as we please, to associate with the people of our choice, to keep the fruits of our labor, and even to listen to the radio. They ruled through fear, and it was legitimate fear. Entire villages were emptied and massacred. Dissenters were tortured and executed. Anyone who didn’t fit in the fascist regime due to ethnicity, religion, or mental or physical incapacity, was eliminated with horrid efficiency.

We reap the benefits of that victory today. Despite today’s economic woes and terrorist threats, we live in relative prosperity and peace – and we have freedom. We must never forget what a blessing freedom is – or how much it costs. Use it wisely. Use it well.

Thank you to all those veterans who set aside their individual rights to ensure freedom for the future. God bless you.