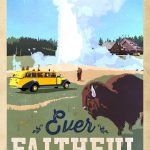 In 1933 New York City, Nate Webber has nothing going for him. A school dropout and a disappointment to his family, he voluntarily takes the rap for his little brother to keep him out of jail. But instead of sentencing Nate to jail, the judge has him join the new Civilian Conservation Corps. With dozens… Read more »