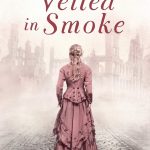 Sisters Meg and Sylvie Townsend would be perfectly happy running the family bookstore in Chicago if only their father were his old self. Stephen Townsend came home from the Civil War a changed man, forever pacing the roof and creating a mock-up of the Andersonville prison camp. Meg does what she can to make him… Read more » 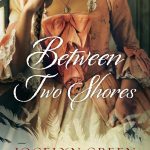 In 1759 during the French & Indian War, Catherine Duval, half-Mohawk and half-French, runs her father’s trading post outside of Montreal. With the British besieging Quebec City and famine raging, French soldiers arrive to impress the women into harvesting wheat for the army at Quebec. To Catherine’s shock, her father “ransoms” a British prisoner-of-war, Samuel… Read more » During the French Revolution, anyone even associated with the nobility was in danger, and lacemaker Vivienne Ribard flees for her life to America. To her horror, she finds French revolutionaries in Philadelphia as well and flees again to the town of Azilum…a refuge from the madness. Or so she hopes. Liam Delaney fought for American… Read more »

Perhaps you’ve done one of these things… Agreed to do something you’re not good at just to please others. Taken on a hobby or activity you hate because your friends are doing it. Felt empty and unfulfilled because you’re not doing what you’re meant to do. In Free to Lean: Making Peace with Your Lopsided… Read more »

In 1719, midwife Julianne Chevalier is wrongfully convicted of murder, branded for her crime, and sentenced to life in Paris’s bleak prisons. When she is offered the choice of exile in the colony of Louisiana, she leaps at the opportunity, especially since her brother Benjamin serves as a soldier in New Orleans. However, her freedom… Read more »