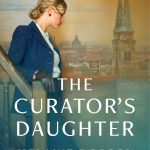 In 1940, German archaeologist Hanna Tillich is forced to marry an SS officer and leave her work in the field, searching for artifacts that will bolster the Nazis’ prized theories of racial superiority. Consigned to a job in Nuremberg cataloging artworks being placed in storage, Hanna comes to realize the art comes from Jewish families… Read more » 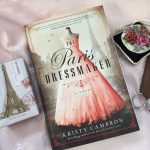 When the Nazis occupy Paris, high-fashion dressmaker Lila de Laurent finds work designing gowns for the girlfriends of Nazi officers staying at the Hôtel Ritz – and finds much information to pass on to the resistance. The last thing she expects is to be thrust back into the company of her former love, René Trouliard,… Read more » 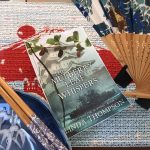 1942 – Japanese naval officer Matsuura Akira is on guard at sea when the ships of the famous Doolittle raid pass by. His ship sunk by the Americans, Akira is the only survivor. Akira’s father has impressed on him the deep shame of being captured, so Akira tries to take his own life – but… Read more »

If you follow me on social media or on my blog, you already read my glowing review of Amy Lynn Green‘s delightful new World War II novel, Things We Didn’t Say. Amy has generously offered to give away THREE paperback copies of the novel to my readers! You can enter the giveaway by either signing… Read more » 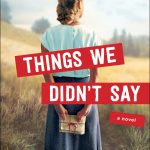 Linguistics expert Johanna Berglund is strong-willed – and the last thing she wants is to leave her university life for her small Minnesota hometown. But her strong will is bent by strong-armed tactics, and she ends up working as a translator at a POW camp for German soldiers in that same small town. Her neighbors… Read more » 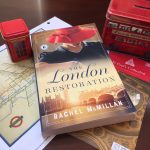 World War II may be over, but for Brent and Diana Somerville, the journey is just beginning. Newlyweds when Brent was sent to be a medic in the British Army, now they have to learn each other all over again. And both are carrying secrets. During the war, Diana broke codes at Bletchley Park, a… Read more » 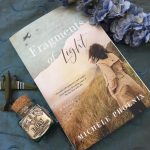 June 6, 1944. Paratrooper Callum McElway jumps into Normandy on D-day but ends up tangled in a tree. A young French girl cuts Cal down, tends his wounds, and brings him into the castle where the villagers are hiding in case the Germans return. All Cal wants is to complete his mission and return to… Read more » 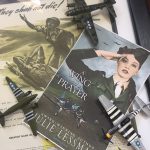 Orphan Gabriella (don’t dare call her that!) “Gabe” O’Connor has grown up with the loving, boisterous O’Connor family, but at her heart she’s still a streetwise, heartbroken little girl. When the US enters World War II, Gabe decides to put her piloting skills to use in the WASPs. But her trouble-making tendencies get in her… Read more » 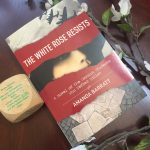 When Anneliese Brandt comes to Munich in 1942, her only purpose is to have one year of relative freedom, studying at the university until she has to marry the man picked out for her by her father, an officer in the SS. Resistance was rare in Nazi Germany and ruthlessly put down, and although Anneliese… Read more »

Today I’m pleased to reveal the cover for my upcoming novel, When Twilight Breaks, which is scheduled to release from Revell Books February 2, 2021. This is the first of three standalone novels, each following Americans living in Nazi Europe before and during World War II. When Twilight Breaks is now available for pre-order at… Read more »