The Major’s Daughter by Regina Jennings 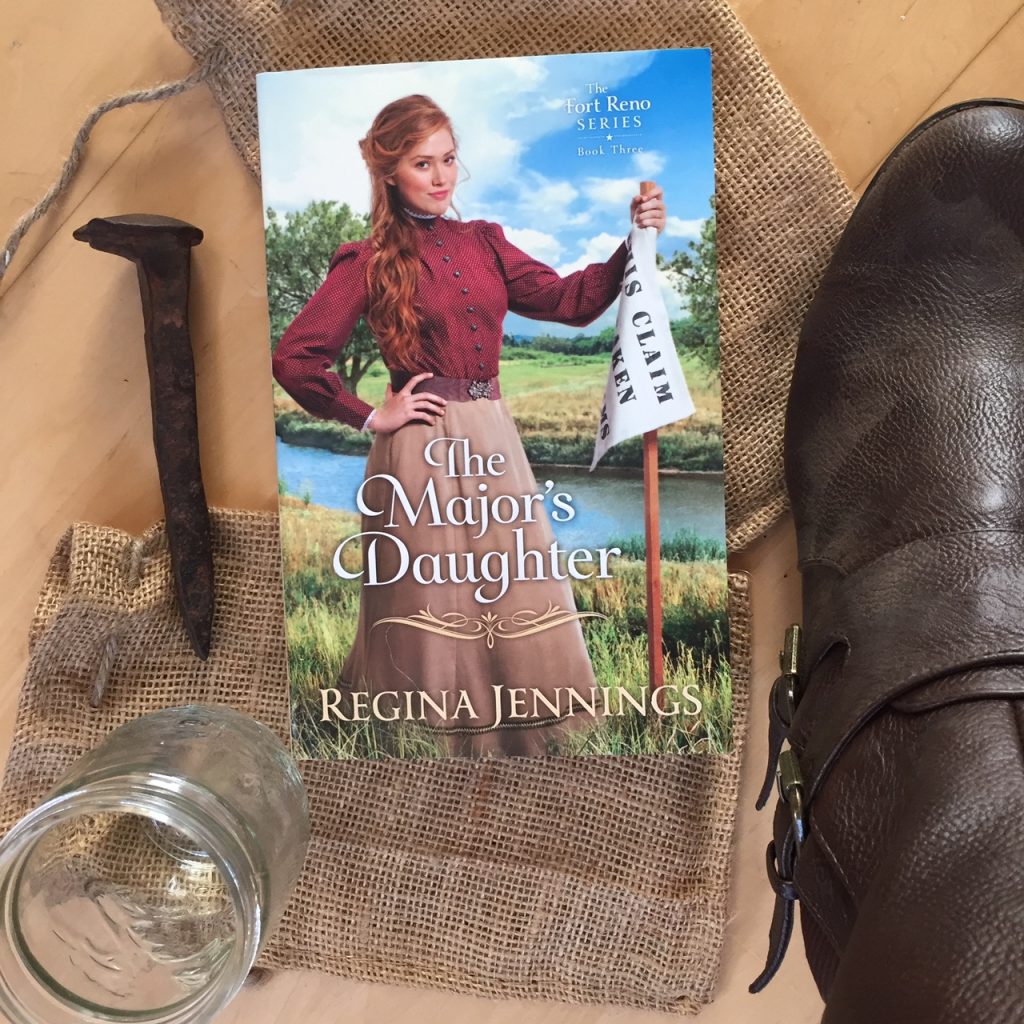 Caroline Adams knows two things – she wasn’t cut out for high society after all and she’s tired of living under her father’s roof at Fort Reno. The 1889 Land Run in Oklahoma gives her a chance to make it on her own, perhaps opening a boardinghouse for weary travelers.

Shaking off his roguish past, new lawyer Frisco Smith has worked hard to open the land for settlers. He has his property marked out and sells lots in the town he plans to build. However, he arrives at his desired property to find a stake planted by the pretty major’s daughter he used to enjoy flirting with.

Devastated, Frisco takes a small lot in a neighboring town site, determined to win his land back – one way or another!

Once again, Regina Jennings has given us a fun romp of a story, backed by fascinating history of a chaotic and exciting time in America. The vulnerability behind Frisco’s roguish exterior and the grit behind Caroline’s polished veneer make you care deeply for both of them – and cheer on their romance. Oh yes – and a goat named Bucky. The Major’s Daughter is another winner!