Here are the rules of the game:

Leave a comment below with your idea for the book title. If you can’t leave a comment, send me an email with your guess. Contest ends Monday, November 16 at 11 pm, Pacific Time.

Here are some guidelines:

The title should be about the same length as the previous titles so the cover designer can use the same font.

And here’s the story blurb to inspire you… 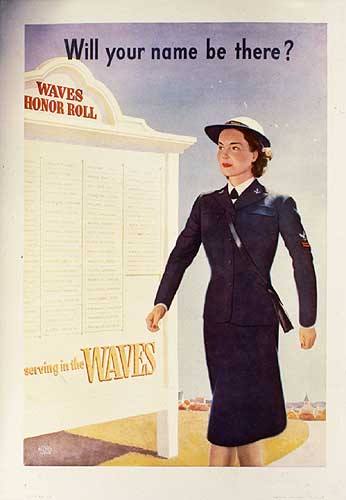 When Quintessa Beaumont learns the US Navy has established the WAVES program for women, she enlists, determined to throw off her frivolous ways and truly contribute. Lt. Dan Avery employs his skills in anti-submarine warfare to fight U-boats at the peak of the Battle of the Atlantic, but the last thing he wants to see on his radar is Tess. As Dan and Tess work together at the Anti-Submarine Warfare Unit in Boston, Tess proves her worth and finds her affections drawn by the no-nonsense officer, realizing he sees her as the greatest nonsense of all. While the German Navy challenges Dan’s radar skills, the changes in Tess challenge his notions—and his heart.