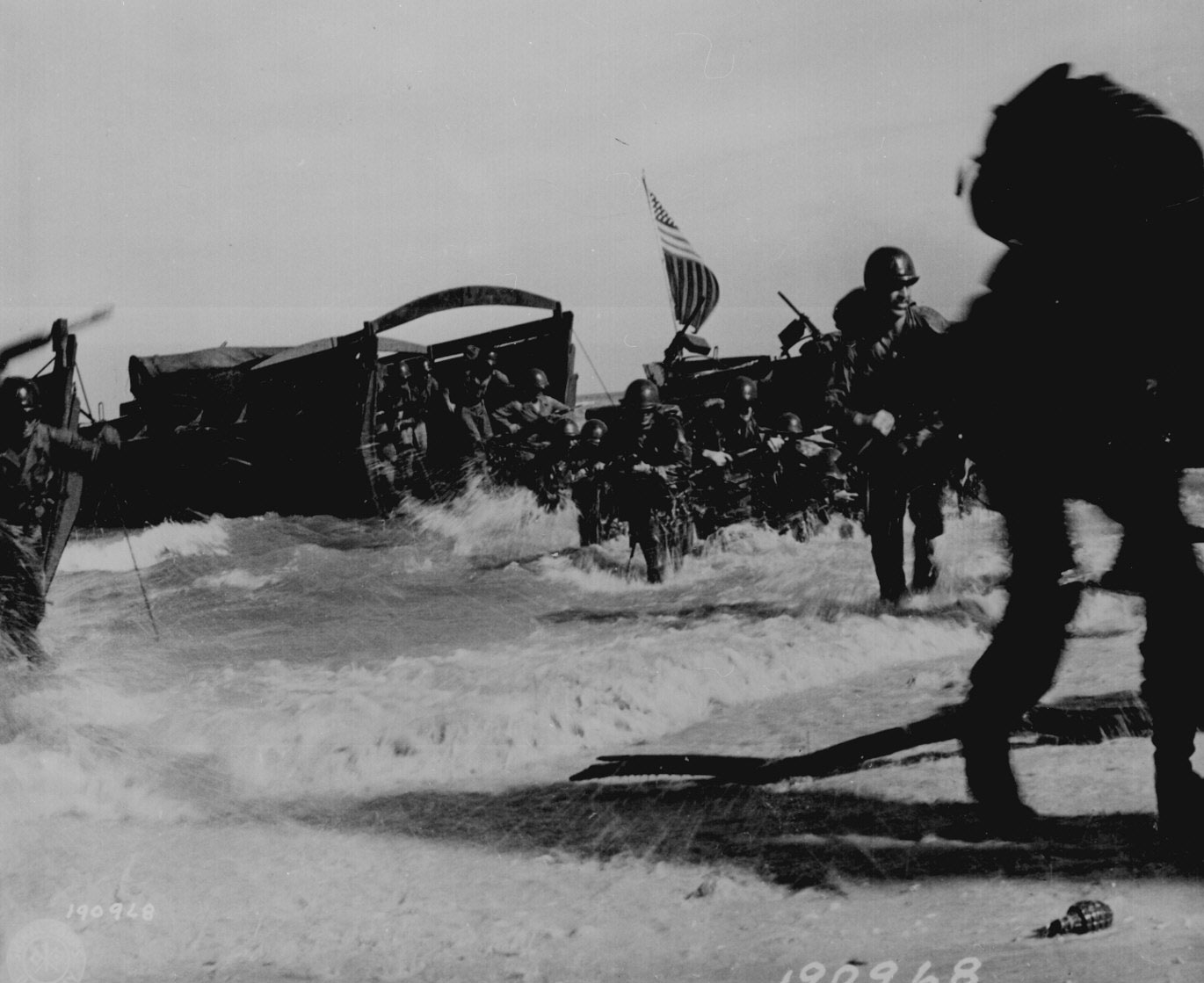 Men of 163rd Infantry Regiment hit the beach from Higgins boats during the invasion of Wakde Island, New Guinea, 18 May 1944 (US National Archives)

Iceland holds referendum: 99.5% will vote to sever ties with Denmark and establish a new republic.

Polish resistance captures an intact German V-2 rocket and will ship the parts to England in July.