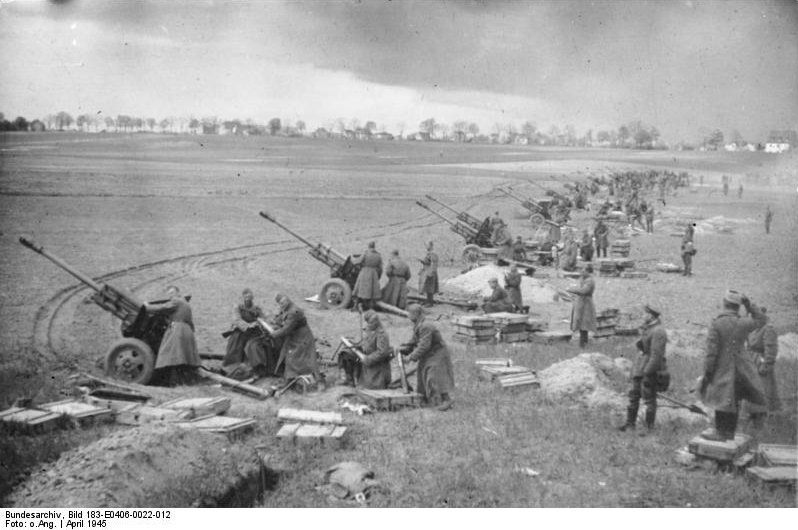 Soviets cross the Oder River and launch offensive on Berlin, starting the Battle of Seelow Heights.

US Tenth Army lands on the island of Ie Shima off Okinawa and takes the airfield.